Fancy Victorian stockings and over the knee socks (or Edwardian knee highs) were a spectacle of color and design. Underneath all the layers of petticoats and skirt, they were never seen in public, but in private women loved these fancy, colorful designs. Made of silk, cotton, or wool they came in vertical stripes, horizontal stripes, checks, plaid tartan and windowpane in both small and large prints. Some stockings were clocked, with designs on the front shin or sides only, especially in the Edwardian era 1890-1919. Others had small embroidered designs scattered about such as hearts and flowers. A few were even novelty designs of a favorite sport. Of course, plain ribbed or smooth stockings were worn more often in black or white for fancy occasions. See more pictures and history at the end of the page (click here to jump).

The following stockings, socks and tights feature the common patterns available during Victorian times. Some are more authentic looking while others are for the romantic Victorian-inspired lifestyle. 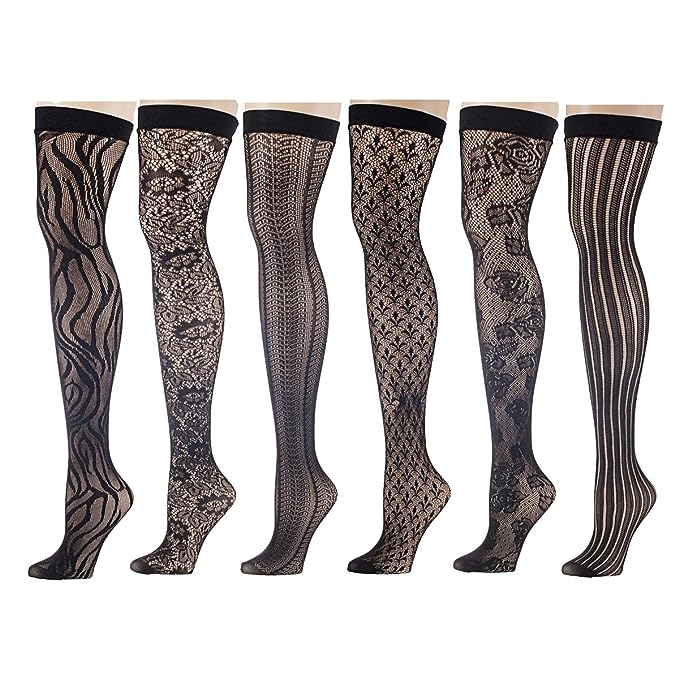 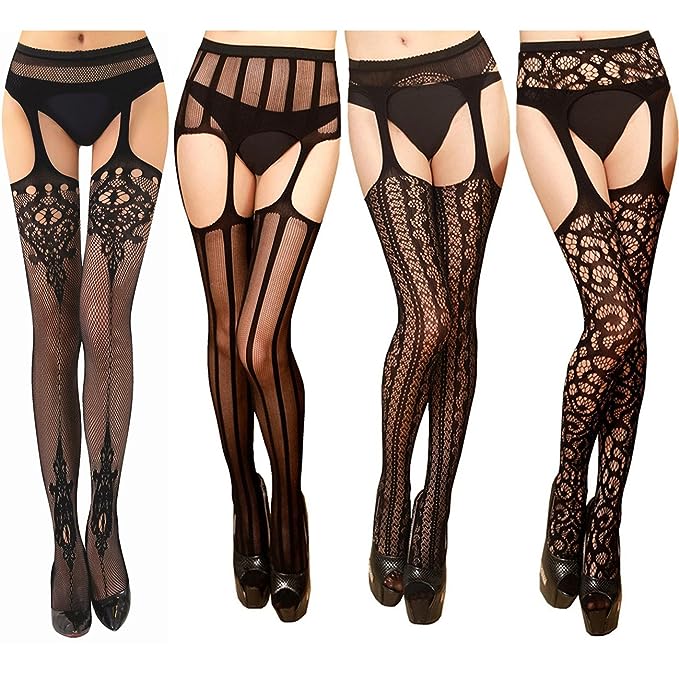 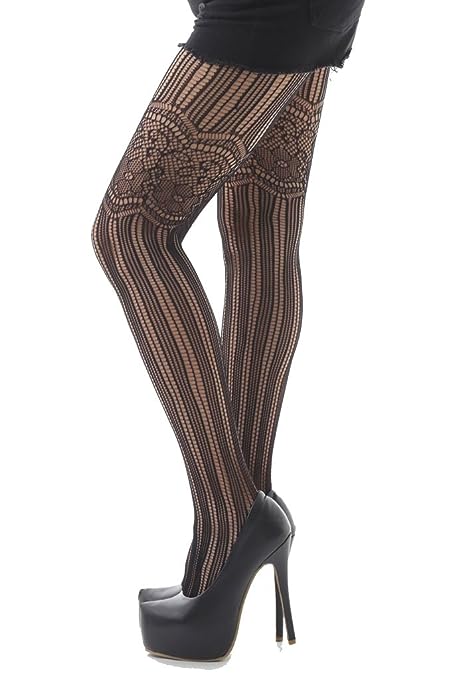 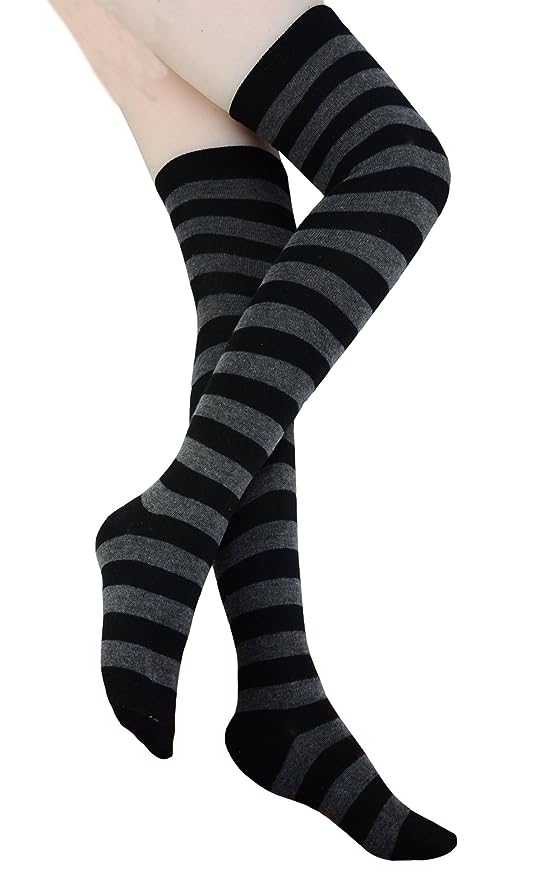 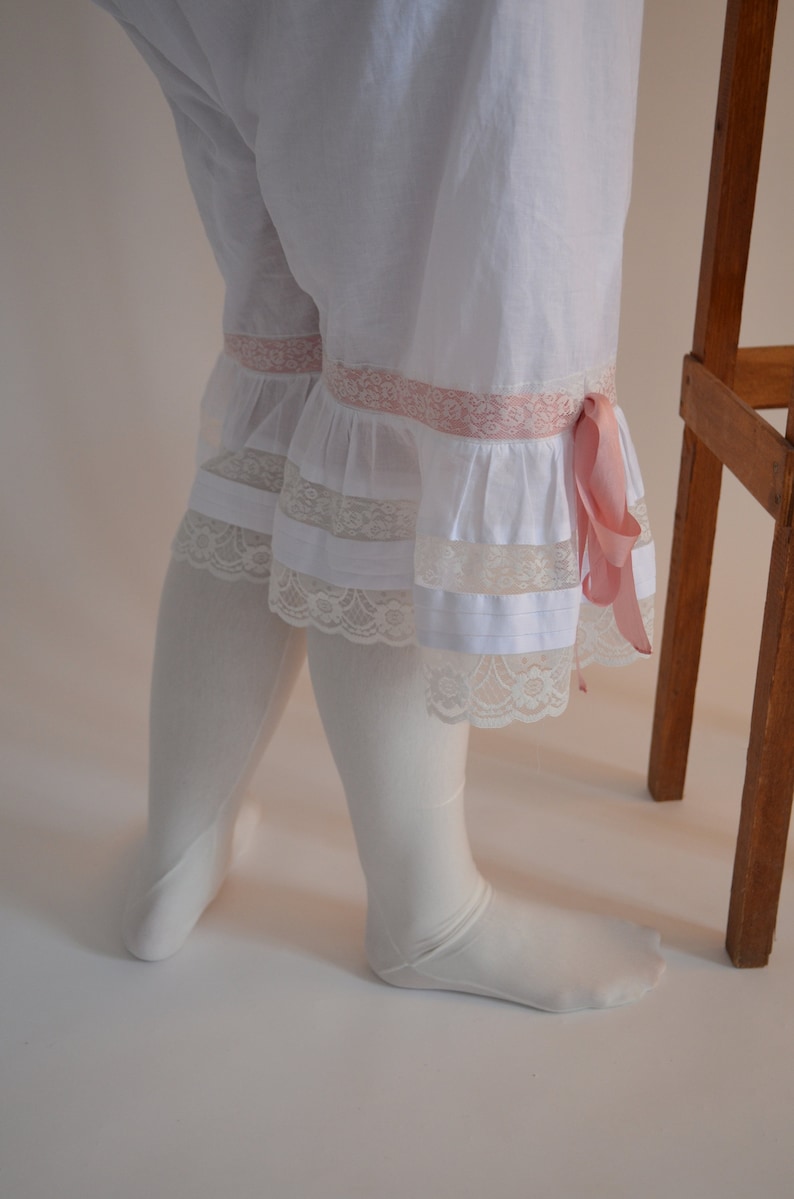 Plain white stockings were the most usual wear at the beginning of the reign. “On ordinary occasions, white stockings harmonize best with the character of the dress, unless it be black, when of course black stockings will be worn” (Art of Dress, Anon. 1839). They vary in fabric from the finest of machine- knitted silk to heavier silk, and cotton. If they were in silk, the length of the silk up the leg varied. In many stockings it ends in a cotton top well below the knee, although stockings of the finest quality were silk throughout. Some were quite plain, except for a simple silk clock; others still emphasized the gusset of the heel by a triangle of openwork and embroidery extending over the ankle, and some were patterned in openwork and embroidery over the instep as well. At the time when gloves had frilled tops, some stockings also had a frill of ribbon at the top, an interesting penetration of a current decorative device to a place where it was generally invisible. Stockings of palest mauve or pink silk were worn as well as white ones.

A new type of stocking appeared in the 1860s, worn with the looped-up skirts, which revealed the petticoat beneath. The petticoats were in bright colours, scarlet or magenta, or striped in these colours with white or black. The stockings were in these bright colours, or striped, too. Some were plain white or cream cotton, with clocks in bright red or blue silk. These were the stockings of informal wear; white silk was still the usual wear for evening, and white silk or cotton for more formal daytime wear. Mercerized cotton stockings appeared in the 1850s. In the 1870s, coloured stockings were worn: “silk or thread coloured stocking is now perfectly admitted by ladies of the greatest elegance and is even considered more fashionable than white” (Englishwoman’s Domestic Magazine, 1870). For evening wear, black silk would be worn with a black dress and the coloured silk stocking would match the colour of the dress. Stockings of the 1870s and 1880s were often embroidered on the instep and up the front of the leg. The embroidery was either in the same shade as the stocking, or contrasting colour or colours on a neutral ground; it was usually in silk, sometimes in beads. The patterns were usually less formalized than the ornament of the earlier stockings and less limited to the foot and ankle; a single spray of flowers embroidered up the front of the stocking is characteristic of this later ornament. Openwork stockings were also much worn; these were less varied in pattern than earlier examples, but sometimes were made more elaborate with embroidery. A fashion for daytime wear was the stocking in ribbed knitting, sometimes ribbed in contrasting colours. Black stockings became almost universal for daytime wear in the 1890s; and black was also worn in the evening, except with full evening dress, which still demanded white. Silk stockings were the most fashionable. These were plain for daytime wear, but were made with openwork panels for evening (Plate 30). “Nothing is so becoming to the ankle, so ladylike or so smart, as an openwork black silk stocking or one quite plain with the ever-pretty clockings” (Lady’s Realm, 1898).