While the early 1900s had men wearing hair in unusual shapes with defined parts and dramatic volume, the 1910s were much more refined. All hair styles were shorter on the sides and tops, with the aid of oils to flatten them.  Of these shapes, there were a few varieties that played with hair parting and texture. 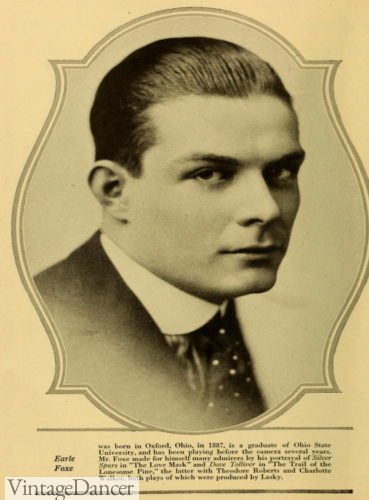 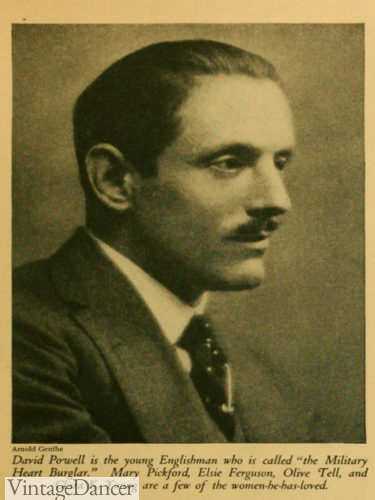 The oiled look applied to hairstyles with a strong center part. Hair could be combed very flat and slick, or left with a bit of a lift or swoop on one side. Center parted hair tended to have shorter sides than the all-over slicked hairstyle. 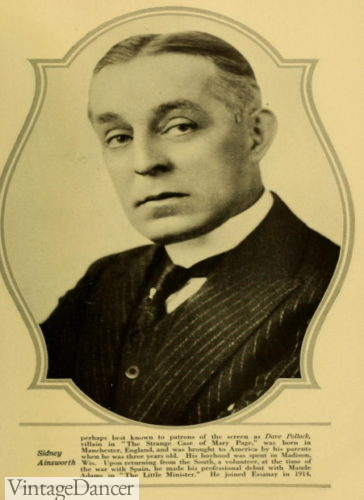 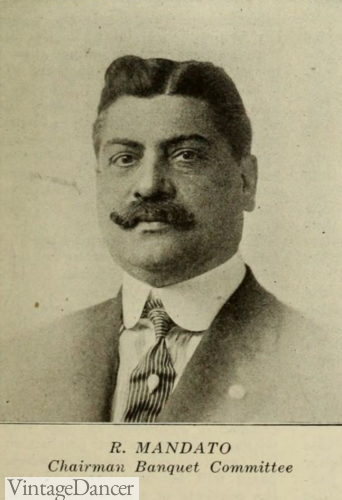 Oils were messy, damaging hats and high-back furniture. For the low-fuss gentlemen, the classic side part hairstyle was the perfect style. A deep side part was made to the left or right, with longer hair to comb over to the other side. Both sides were cut short a few inches above the ears.

The side part applied to both fine straight hair and wavy/curly hair textures. For balding men, the combover with heavy oil was the best solution until a toupee or wig became necessary. Naturally curly hair was combed out into waves. A light oil could be applied to tame the frizz, or it could be left natural for more volume and height.  Having one side peak above one eye was very suave in the mid 1910s. 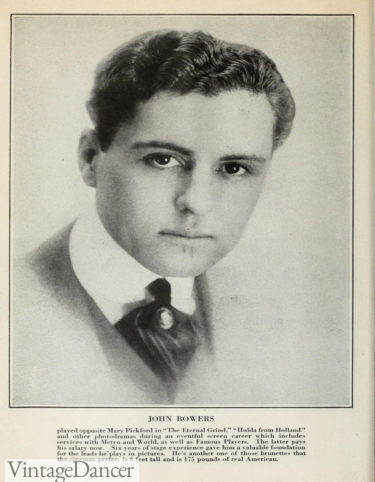 These handsome men below are sporting the pompadour, another form of waved hair with extra height! Sides were long enough to be combed back, while the top was 4-6 inches long and loosely comb waved from forehead over the top or slightly off to one side.

The Pompadour was not a new hairstyle, but the young post-WWI men made it new and fresh. 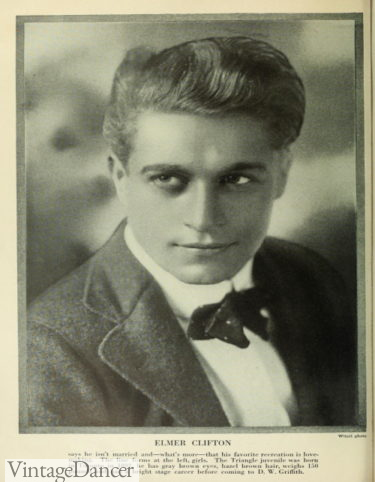 African American men, Latinos, and other naturally textured hair types followed some of the above hairstyles. Longer hair could be combed straight back, center parted, or side parted. Short hair could be even all around with slightly shorter sides above the ears. The neat and trim minimalist look was the dominate hairstyle for most of the 1910s. 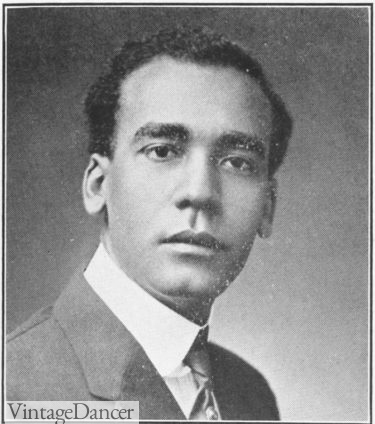 Researching men’s hairstyles is incredibly difficult. Little was written down about trending styles. Barbers passed down techniques from old to young in mentorships and local barbering schools. A few “how to cut hair” books have survived, but they usually don’t go into specific names and trending shapes.

We are Debbie and Oscar, your guides to dressing up like decades past. We are here to help you find clothing online and learn about vintage fashions as worn by everyday people, just like you. Need help with your outfit? Ask us anytime.
« 1930s Men’s Underwear History
Victorian Hairstyles 1840s, 1850s ,1860s ,1870s ,1880s ,1890s »