The 2013 Great Gatsby movie has renewed an interest in vintage mens shoes. And why not? 1920s shoes set the tradition for men’s footwear as we know it today. Your typical lace up office shoes? Every man started to wear them in the 1920s. Your worn out yet oh so comfortable pair of Converse tennis shoes? What ’20s athlete could play a sport with out them? Or how about those shiny patent leather shoes you wore at your wedding? Your shoes were part of big changes that took place in men’s fashion in the roaring twenties.

There are 5 main styles of shoes mentioned in The Great Gatsby novel, as well as worn in the movie, and are easy to find in stores near you (or for better choices, online here). Now is a fantastic time to add a pair (or five!) to your collection.

Your lace up work shoes first appeared in the early 1900s, but did not reach mass appeal until the early 1920s, when only the traditionalists were still wearing lace up boots. The style of the decade was to feature a “cap toe” that is a hardtop piece that protected your toes. The cap toe line could be plain but usually had small holes or perforations called broguing to decorate it. The brogue could extended to other lines on the shoes. By the end of the 1920s, broguing decorated the entire body of the shoe in all sorts of intricate patterns such as the Wingtip design. In The Great Gatsby‘s time, the brogue was still minimal, but the quality of his shoes was outstanding. Only the best soft, burnt orange-brown or matte black shoes could be worn and coordinated with his suits. Toes were pointed, heels were often a lighter color brown and made of new flexible rubber soles for comfort. I must emphasize the color. The typical brown had a hint of rust to it, not dark brown, or tan, but a nice medium maple syrup brown. mmm, pancakes…

If you have a pair brown cap toes in your closet, congratulations, you are already in Gatsby style!

For hot summer days, it was time to pull out your all-white suits and shoes. White clothing needed frequent laundering, so it was typically only worn by those who could afford to hire laundry servants. White was a sign of class. Only very important people who had access to the “club” could wear white. Senators, famous families, movie stars and the newly rich could buy their white’s status. White Oxford shoes made of soft nubuck leather and rubber soles were the only shoe that could be worn with summer whites.

Those who owned, worked on, or visited friends on yachts were required to wear the uniform of a blue blazer, white canvas slacks, and white rubber sole shoes. The rubber soles helped with traction on slippery decks and swaying floors.

Evenings on the yacht required you dress up in your best formal shoes. As was the tradition for several decades, the shinier your shoes, the better. High shine patent leather shoes in the short lace up style was the only acceptable choice for men’s formal attire. While men’s formal tailcoats gave way to semi formal dinner jackets (AKA tuxedo jackets) in the early ’20s, the patent shoes were the one item that remained the same. Even when midnight blue tuxedos replaced black formalwear, the shoes remained steady with solid black. Oxfords, Oxfords, Oxfords. There wasn’t much choice for shoes other than Oxfords. Black or brown, white, or… well nothing else..until two tone combinations made their way onto the  scene. I wish I knew who to give credit to for this invention that set the trend in men’s fashion for the next 40 years. Two tone Oxfords in brown and white, grey and white, or black and white were trendy and sporty in Gatsby’s time. The light and dark patterns were designed in blocks of color such as the saddle pattern with the toe and heels in white and the center in dark. Fancier two tone shoes had swirls or zig zags of light on dark shoes. As the decade progressed, the intricacy of the designs increased.

In summertime, the shoes could be made of leather and canvas or just canvas.  Sport shoes, such as those for golf, had rubber nubs on the soles for gripping grass- a new invention brought over from Europe  The idea of sportswear shoes worn outside of actually playing a sport was a new idea in the 1920s.  Men’s fashion was becoming more casual. Two tone shoes helped tone down a business suit into something much more leisurely. Solid colors were still favored for business wear but two tone shoes were welcome at any other time. Real sport shoes of the 1920s officially began in 1917, when the Converse high top rubber sneaker was invented. Designed for the athlete, in took several year of regular tennis shoe evangelism by Chuck Taylor before the converse All Stars tennis shoe was adopted by professional and collegiate sport teams.  All Stars Converse high top tennis shoes have changed little since the 1920s. The original was made of white leather with brown rubber soles and a round seal over the ankle. It later came in brown leather with black trim, and also in low top variations. They tennis shoes were adapted to field, track, and court sports. Keds brand soon followed (or did Converse follow them?) with their own shoes for men, women, and children. Thus, the sneaker was born and born into an era that was ready to embrace the enjoyment of sports. All five of these shoes were worn by the Great Gatsby himself. Common men certainly would have had a pair of lace up Oxfords, a second in two tone combination, and possibly tennis shoes if they played a sport. Whether you are wanting to recreate an authentic 1920s costume or are just seeking a vintage inspired look for your current wardrobe, adding a pair of The Great Gatsby style men’s shoes makes a BIG difference in your overall look. Whenever my husband wears his two tone shoes, he always gets stopped and asked about them or given that silent nod of approval only men can see. 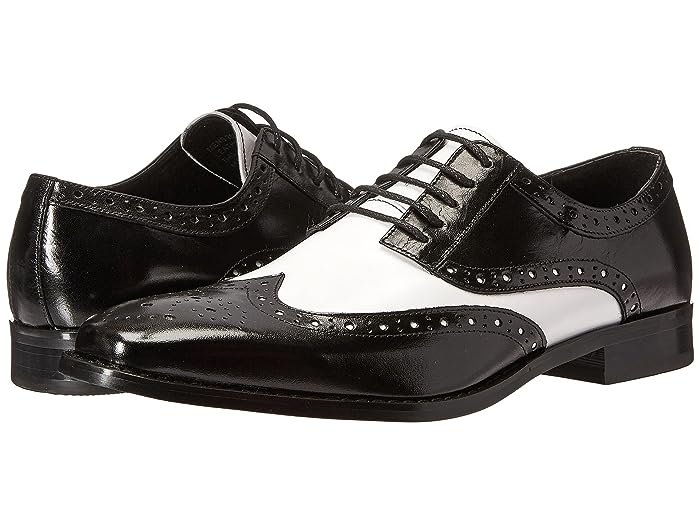 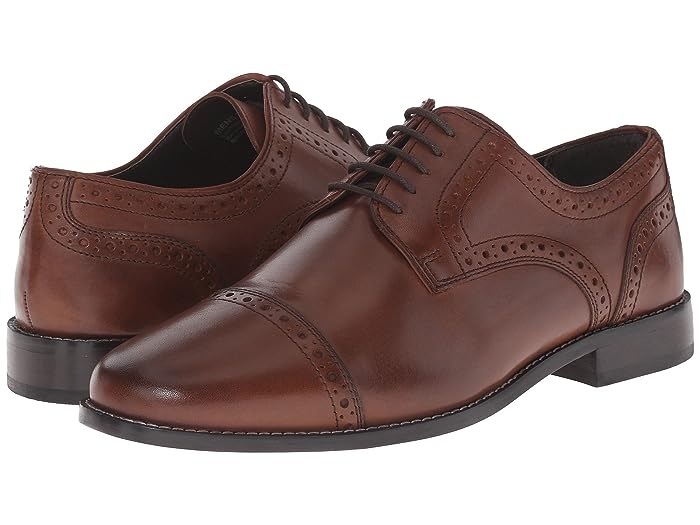 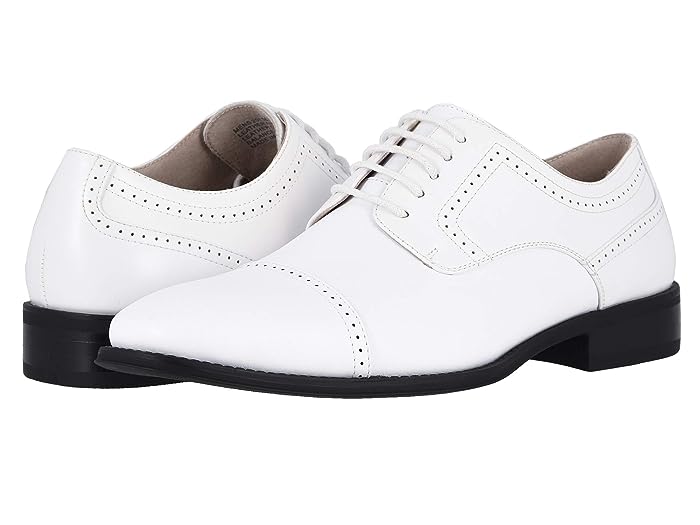 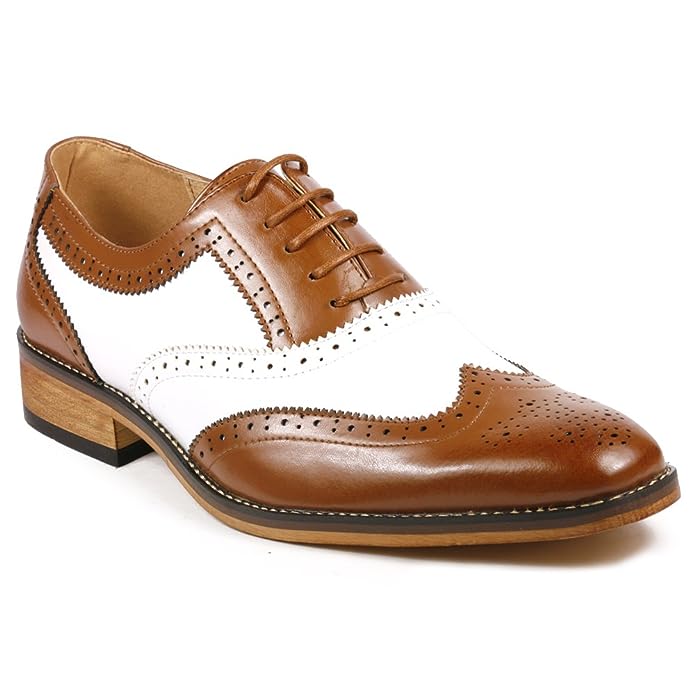 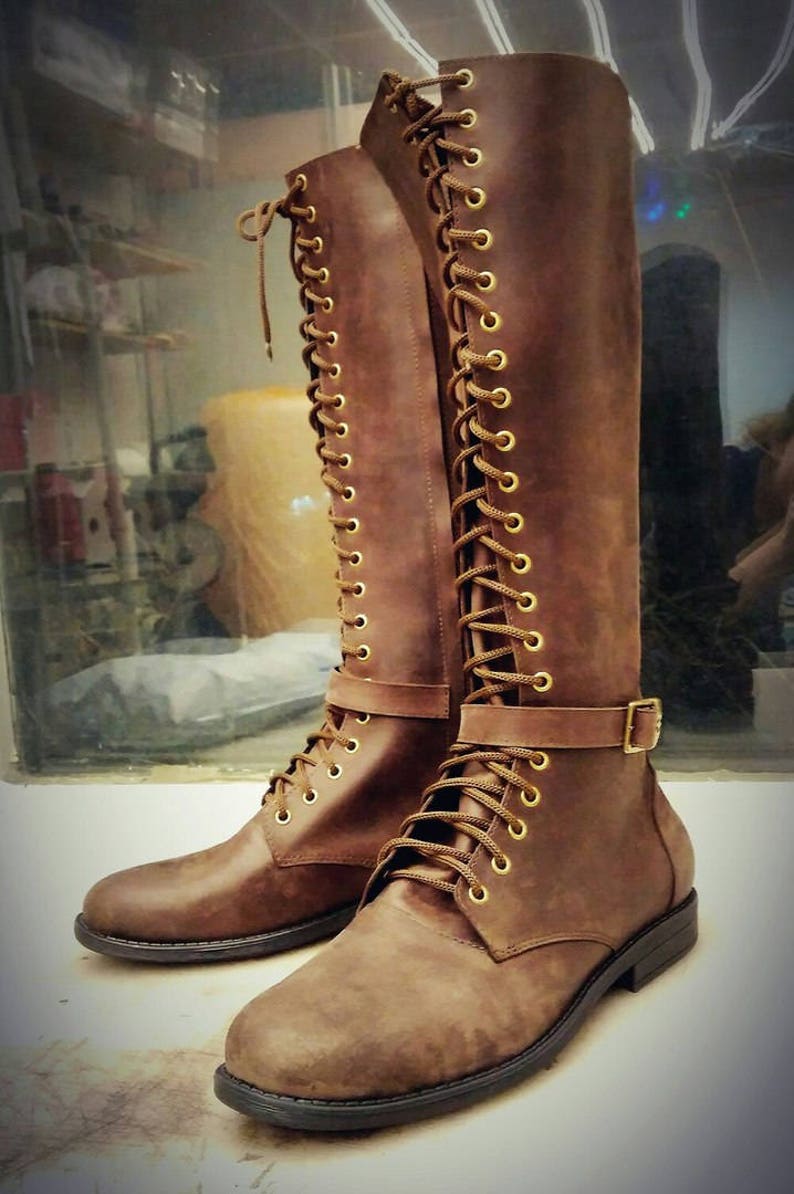 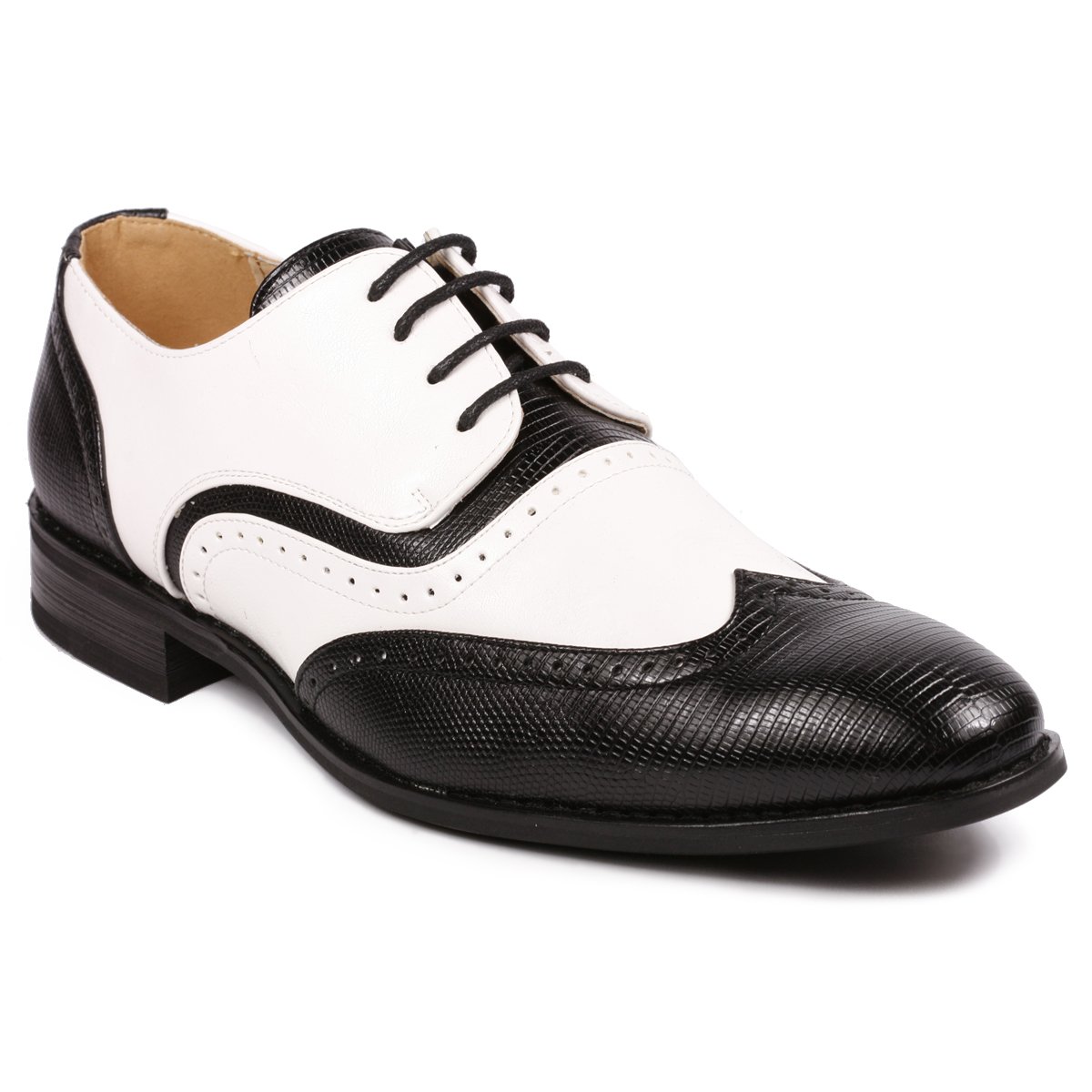 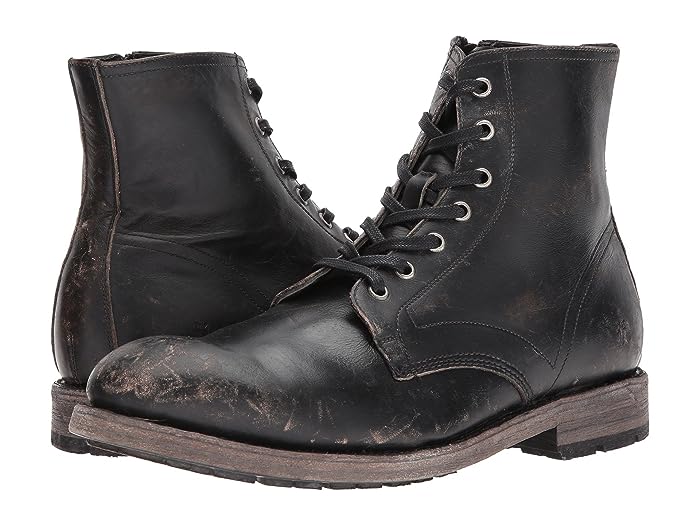 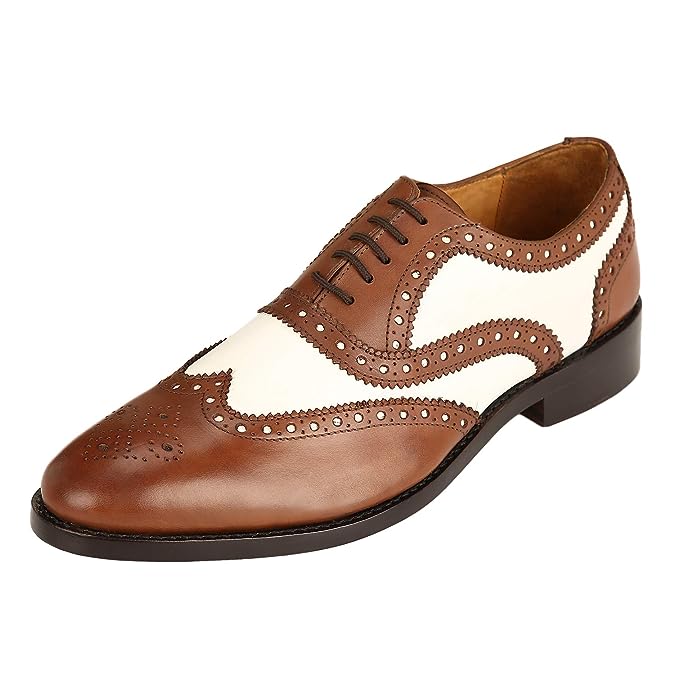 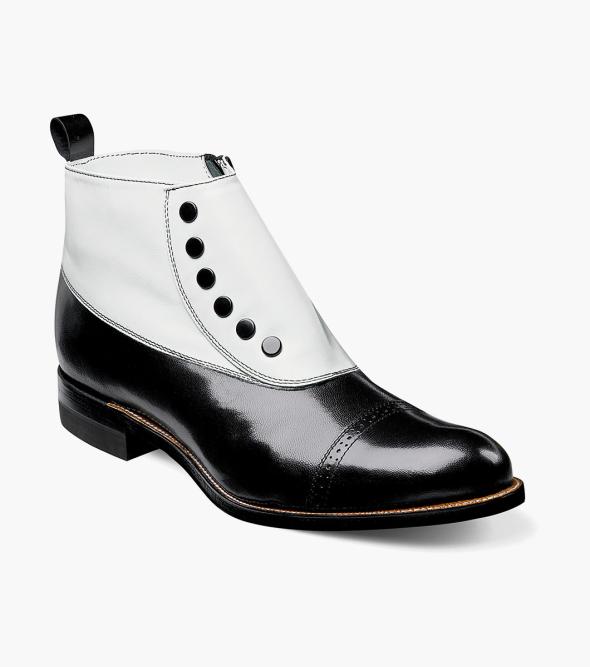 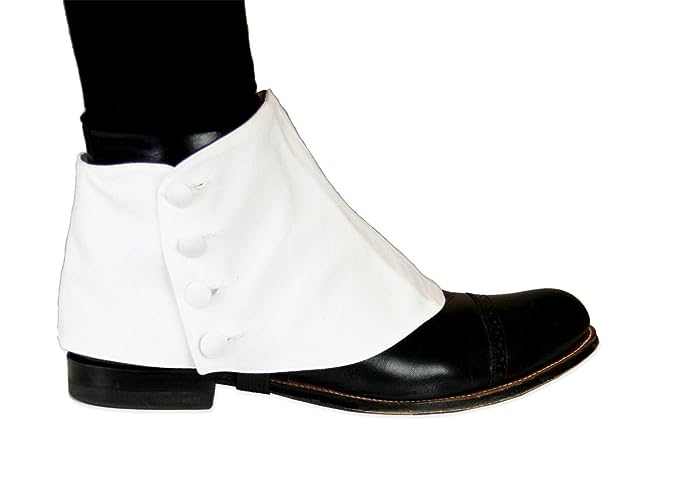 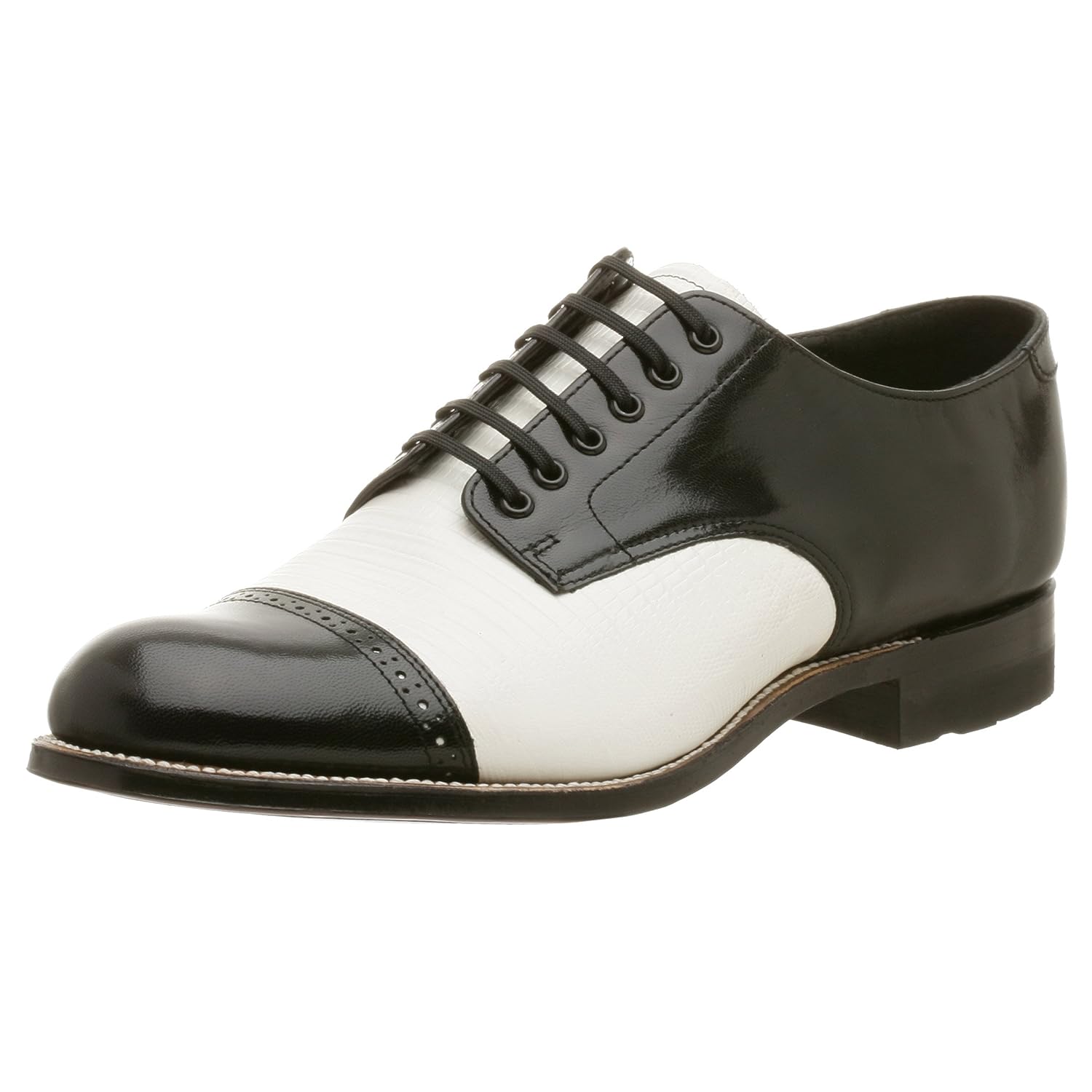 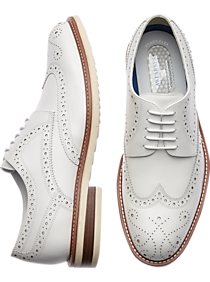 We are Debbie and Oscar, your guides to dressing up like decades past. We are here to help you find clothing online and learn about vintage fashions as worn by everyday people, just like you. Need help with your outfit? Ask us anytime.
« 1920s Fashion Designer Jeanne Lanvin
Mary’s 1930s Eva Dress Pattern – Gents & Dames Parade »