Glasses in the 1920s continued to favor the round spectacle (with later shapes including octagon and oval) or the pince-nez style — rimless glasses that pinched the bridge of the nose instead of looping over the temple and ears.  Pince-nez glasses were usually worn by older men who were used to the style but took off as a popular style. Indeed, 1927 even had President Coolidge replace his old black-rimmed spectacles in favor of the pince-nez with a gold nosepiece and a long black cord handing down one side. There were guidelines for choosing a pair of glasses based on one’s face and features. Elderly white persons chose wine or gold frames, dark rims were best for large faces, light frames for small faces, low-set glasses for tall people and high-set glasses for short people. 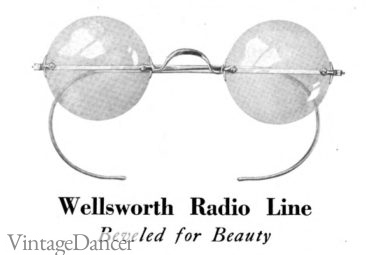 Library frame glasses were rimless round glasses with a gold or silver metal bridge and arms. They were popular in the Victorian Era, and made a reappearance in the early 20s as a subtle style of glasses suitable for those who had to wear them but didn’t want to look silly in the shell styles.  Businessmen favored the library frame, as the round lens was large enough for maximum visibility. 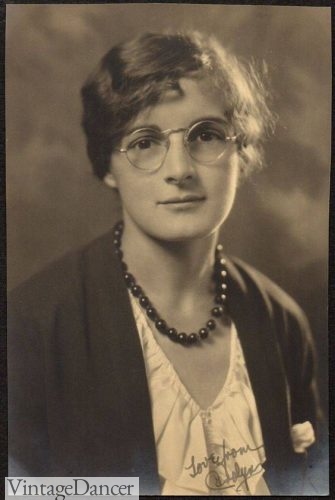 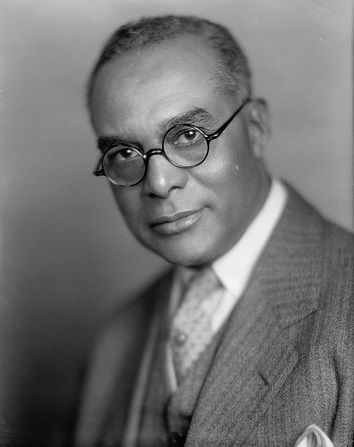 Advances in plastics and tortoiseshell manufacturing increased the use of glasses. They were favored by women and men for daily use reading at home or dressing in sportier clothing.

The thicker the frame, the more sporty it looked — thin round frame glasses were seen as more ladylike and less obstructive of vision.  Some frames had matching earpieces while other had nickel metal earpieces. 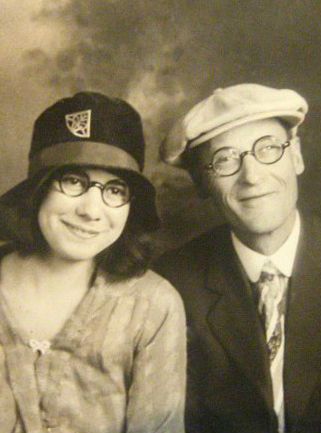 Round frames for men and women

Xylonite was a synthetic early plastic that formed dark-rimmed glasses in the same styles as the tortoiseshell. Black was the most popular color, with deep shades of brown as an alternative.  Comedian Harold Lloyd wore his dark-rimmed glasses as part of his “look.” Xylonite could also be used in thin frame spectacles, which was consequently a cheaper option for the lower classes.  These thin frames were mostly round or octagon shaped. 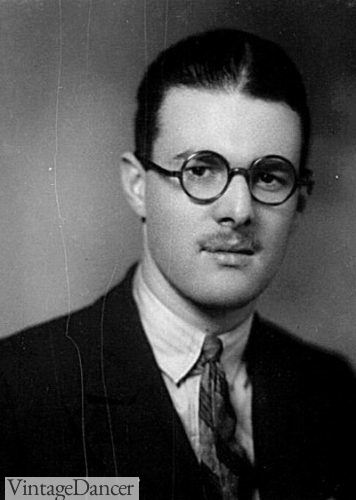 Even a person who did not need to wear glasses unless reading would leave them on all day. Glasses were finally becoming fashionable, although 75 % of people surveyed said they did not look well in them. Vintage round glasses in heavy tortoiseshell frames with large clear or lightly tinted lenses were the signature style of the decade. The bridge rounded over the nose with the arms protruding out of the center of the frame. The nose piece could be lined in cork for more comfort. “A fashionable youth must now have his face carefully, plaster his hair back, leave of his hat, and protect his eyes with two aggressive lenses like automobile lamps- such is a synthetic portrait of the Americanized European.”  Le Temps, quote in Literary Digest, June 1925 Metal frame glasses, especially in gold or steel, were an alternative to heavy shell frames. In the late 20s, white gold frames and rimless white gold earpiece eyeglasses were picking up momentum. Solid gold, rolled gold, and gold filled frames were the standard option in metal frames. Perfectly round was the best shape. Crookes Sunglasses were developed by Sir William Crookes and sold by Bausch and Lomb, with special lenses available in light green, medium grey and amber brown tints. He accidentally made a light blue tint that became very popular, although later was known to be toxic. Sun googles as they were called, caught on quickly as a sporty set of shades for summer days, but were also promoted as winter wearable “to relieve the eyes from the glare of indoor lighting during the dull afternoons and long evenings of the winter season.”

Their initial marketing was promoted for outdoor sports and activities such as driving cars, skiing, and farm work (dust protection.) Some head leather side piece or full leather cases for extra protection. The casual sun goggle used the same thick frames as eye glasses. In 1927, Bausch and Lomb enthusiastically concluded “there is hope that in the not too far distant future it may be possible to make glasses stylish and to sell them as jewelry. That is what we have got to come to.” 1920s round sunglasses in Downton Abbey We are Debbie and Oscar, your guides to dressing up like decades past. We are here to help you find clothing online and learn about vintage fashions as worn by everyday people, just like you. Need help with your outfit? Ask us anytime.
« 1921 Fashion – 100 Years Ago from 2021
1930s Glasses and Sunglasses History »