1940s African American men and women (and some immigrants to Britain) wearing fashion and clothing styles from casual weekends, workwear, Sunday dress, and evening dances.  From the time of WWII to the post-war revival, these photos capture everyday life in the 1940s. 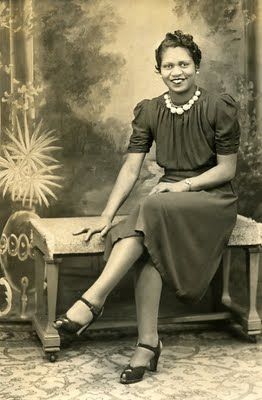 1940 at Lena Horne’s home. She was promoting fuel conservation during World War II by showing off her gas stove. 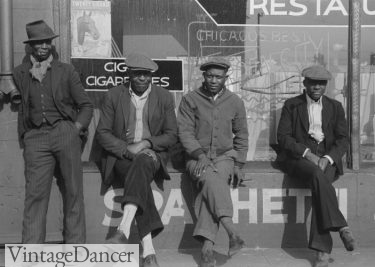 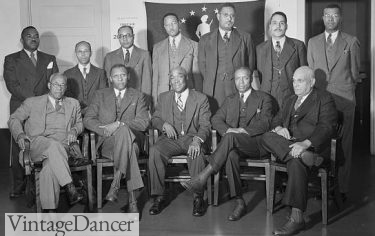 1942 Mr. Claude Walker trying on a new hat in the Henry C. Taylor Store (he is wearing a zoot suit) 1948 Caribbean Immigrants at the Tilbury Docks 1948 Jamaican Immigrants Standing on the Streets of Clapham, South London