Victorian hand fans were a frequent accessory carried by delicate Victorian ladies. The language of the fan was discussed often in ladies’ journals and magazines. Was she single? Happy? Interested in conversation? Or just hot? The way she held her fan, carried her fan, and waved her fan answered all of these questions. Hand fans were a thing of beauty, not just function. Made of silk, lace, feathers, or wood, they went through an evolution from the Victorian 1840s to 1900. Each 19th century decade had its trends complimenting the fashions of the day.

For modern Victorian ladies, purchasing a hand fan is a must for hot day and warm evening dancing. Thankfully, there are many Victorian style hand fans for sale to help you accessorize your costume. Read the History of Victorian hand fans below and shop new hand fans here.

At the beginning of the reign, the fan was a far less important 11 accessory than it had been in the eighteenth century or even in the first quarter of the nineteenth century. The fans of the early nineteenth century were generally fairly small and plain, with leaves of thin silk spangled and lightly painted; their sticks, also, compared with those of earlier fans, were plain and unornamented.

There were also small brise fans—fans without a leaf—whose sticks, of thin ivory or wood, pierced, carved and linked together with ribbon, extended to form the whole fan. These, also, were sometimes painted, either in small motifs on each stick or with a single motif over the open fan.

Fans in the eighteenth-century style reappeared in the 1840s, fans with sticks of ivory or mother-of-pearl elaborately carved and gilded, with leaves of vellum, each a small-scale, beautifully executed painting. The paintings were copies of those on eighteenth-century fans, or scenes painted a la Watteau. These elaborate fans were imported from France into England; but most of the fans used in this country during the period were imported, from France, China or Japan.

At the time of the Fan Exhibition at South Kensington in 1870 it was stated that fan- making as a trade was little represented in London where, out of seven or eight firms given in the directory, one only was English, the rest being French. Several French artists worked in this medium and many fan painters and stick ornamenters worked as known artists. By the 1860s the fan was more generally fashionable and popular, and there are fans of all kinds from this period. Many of the cheaper fans are attractive and are more essentially of their moment than the costly fans executed in the grand manner.

Amongst them are fans of crepe with spangled decoration, which had reappeared in the 1850s. The 1860s have their characteristic spangles of steel cut in star or flower-shapes, and often fretted. The sticks are often rather broad, in wood, bone or ivory, with coarse geometric piercing and fretted designs, some- times with a spotted inlay of steel spangles.

Fans which have a small oval leaf at the top of each stick are also a style of this decade.  Fans of plain or watered silk were painted with wreaths of flowers or with figures. There was a good deal of amateur fan-painting during the second half of the century.

The famous firms of Duvelleroy and Rimmel sold plain fans for this purpose of ivory, or of the cheaper, white-enameled wood. Small brise fans of sandalwood, which were the fans of outdoor use, were also painted. Flowers and birds were the usual subjects for their decoration; but, according to the Englishwoman’s Domestic Magazine, a dog’s head or one of the favorite race-horses of the time was a popular subject in 1866.

The fans of the middle of the century are of a small to medium size, usually between six and ten inches in length. 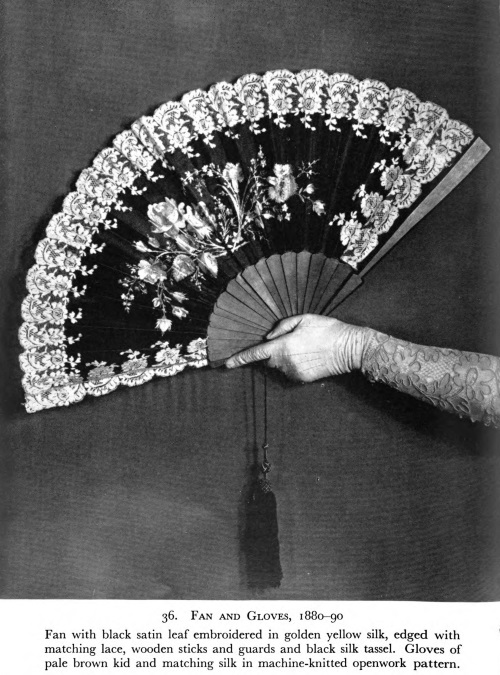 By 1870, the fan was once more universally used: “No toilette can be considered complete without a fan” (Queen, 1870). The large number of fans which survive from the 1870s and 1880s is a witness of this.

Fans of the 1870s usually have broad and heavy sticks with varied shaping. Their leaves are usually silk or satin, and are often lace-trimmed, embroidered or painted. Some of them were trimmed with a light feather-edging, usually of marabout; this edging is, however, also found on fans of the 1860s, and occasionally on those of the 1840s and 1850s.

Feather fans were popular in the 1870s. Feathers of many different kinds appear in fans of this date—cock’s, peacock’s, pheasant’s and pigeon’s. There are examples of painted quill fans from the 1840s, but fans which make decorative use of contrasting kinds of feathers of different natural shadings and patterns, and of natural and dyed feathers, are likely to be of the 1870s.

Feather was also used for fans of the screen type, which had a renewed popularity from the late 1870s to the end of the century; sometimes these are adorned with a small bird, complete and stuffed, a fashionable decoration which is found nestling on many garments and accessories of the 1880s. The fashion for ostrich fans came in the late 1880s and continued through the 1890s and the early years of the next century: “Leaders of fashion prefer about sixteen magnificent ostrich feathers mounted on tortoiseshell” (Lady’s World, 1887). Ostrich feather fans were usually black or white, the black being mounted on tortoiseshell sticks and the white on mother-of-pearl sticks; the sticks were usually plain.

Fans with leaves entirely of bobbin or needlepoint lace became fashionable in the 1860s and remained fashionable until the end of the century. At the Paris Exhibition of 1878, lace fans were by far the most numerous amongst the fans exhibited, and fans with leaves of finest needlepoint and bobbin lace rivalled the ceremonial fans of the eighteenth-century tradition in costliness during the last quarter of the century. Many fans survive with leaves of good quality lace.  Fans with leaves of the black silk bobbin lace of Chantilly were particularly fashionable in the 1860s.   The looser laces without net ground, Belgian and Honiton bobbin laces, Honiton applique” on machine net, and the fine needlepoint—point de gaze—are more characteristic of the 1880s and 1890s. Many of the fans described as “point lace” fans in the 1870s were worked in a popular technique of this time, in which a ready-made braid was mounted on net or linked with embroidery stitches.

A characteristic style of the 1870s was a revival of the early nineteenth-century parasol fan. This was a silk fan, usually plain, whose pleated leaf spread out into a circle at the top of a handle.  A fan of this kind appears also in Collinson’s painting of 1857.

In the 1870s, fans were sometimes worn suspended from a cord round the waist, and many of the surviving fans of this time have a short cord and tassel. A bow of ribbon often replaced the cord and tassel in the 1880s. Fans of the 1880s are distinguished by their very large size, being usually between fourteen and sixteen inches in length. The sticks are slim and light. The large gauze or satin leaves were painted with naturalistic sprays of flowers or birds and sometimes with figures. The a la Watteau influence never left the nineteenth-century fan, but some of the fans of the 1880s were painted with contemporary scenes.

Full-blown silk flowers were sometimes added to a painted leaf, or the leaves themselves might be made of layers of silk petals. Black leaves with painted or embroidered decoration in bright or light colors, or with steel spangles, were also in fashion in the 1880s.

Fans with a curve more elliptical than circular, with sticks at the side shorter than those at the centre, were a characteristic style of the 1880s and were sometimes referred to as “Fontange fans”. 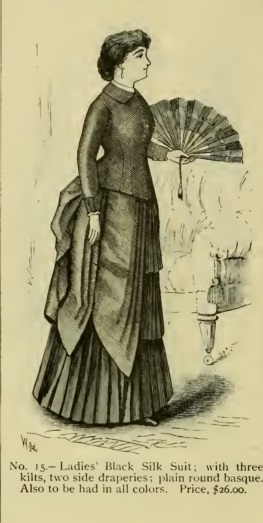 The large fans continued to be used in the early 1890s, but by the mid-1890s small fans were once again becoming fashionable. They had leaves of muslin, lightly painted and much spangled, and mother-of-pearl sticks. They were usually referred to as “Empire fans” and bore a slight resemblance to the fans of the early years of the nineteenth century which inspired them.

“Fans are either very costly painted by a master artist or composed of priceless lace; or they are merely made in the softest gossamer material to match the dress worn at the time and only serve to finish the toilette and make it complete” (Woman’s World, 1890). Brise fans of pierced ivory and wood in Chinese designs were imported from China throughout the century. They varied in size and shape with the prevailing fashion, but were constant also to a European conception of Chinese work. Japanese fans, with slim sticks and painted paper leaves, were amongst the cheaper fans in use at the end of the century. “To flirt a fan, converse in whispers, indulge in extravagant gestures of merriment or admiration, laugh loudly or clap your hands together, are all excessively vulgar and unladylike.” Ladies Boof ok Etiquette, Florance Hartley 1860

The Language of the Fan, by Micki Gaffney

These new handfans and accessories are inspired by Victorian era. 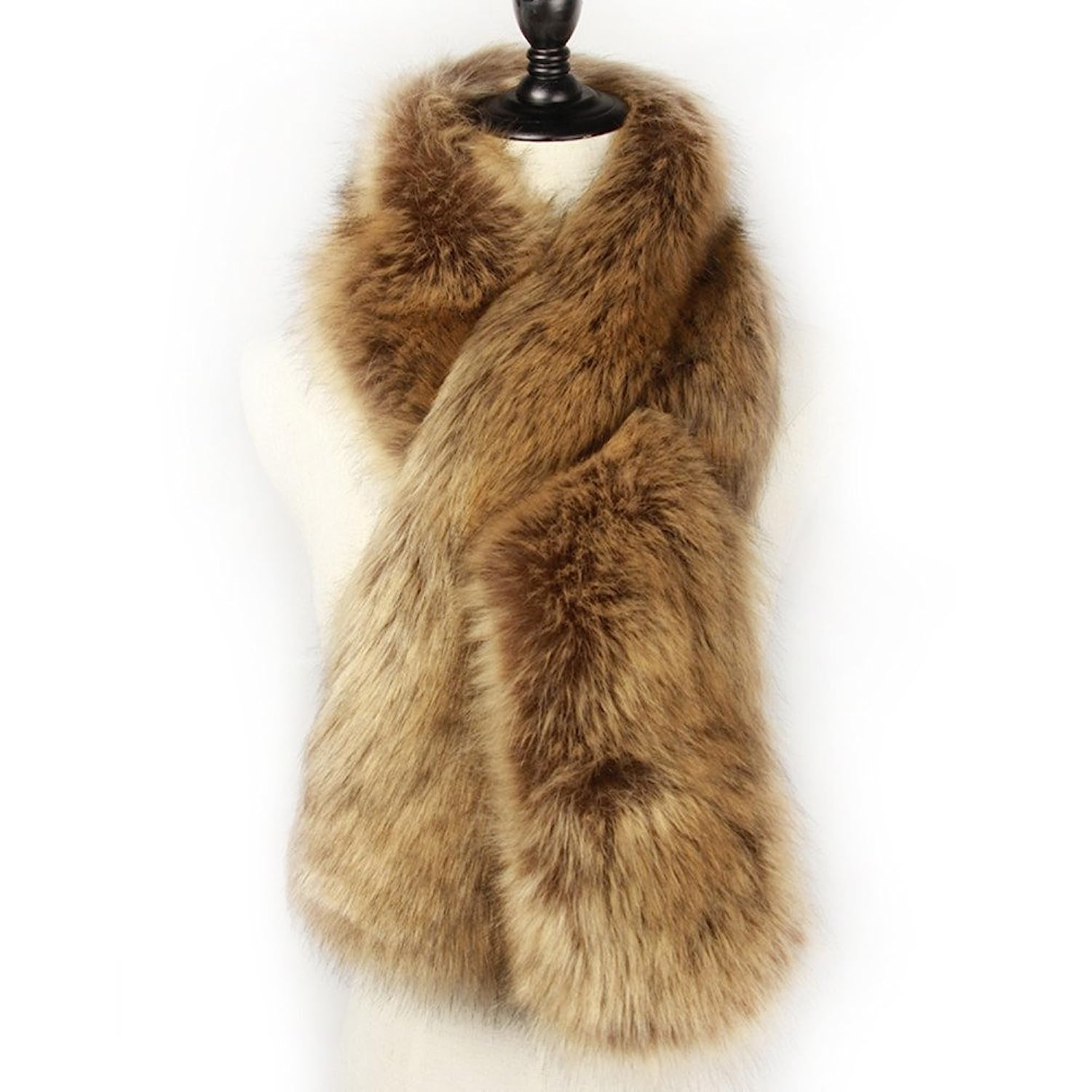 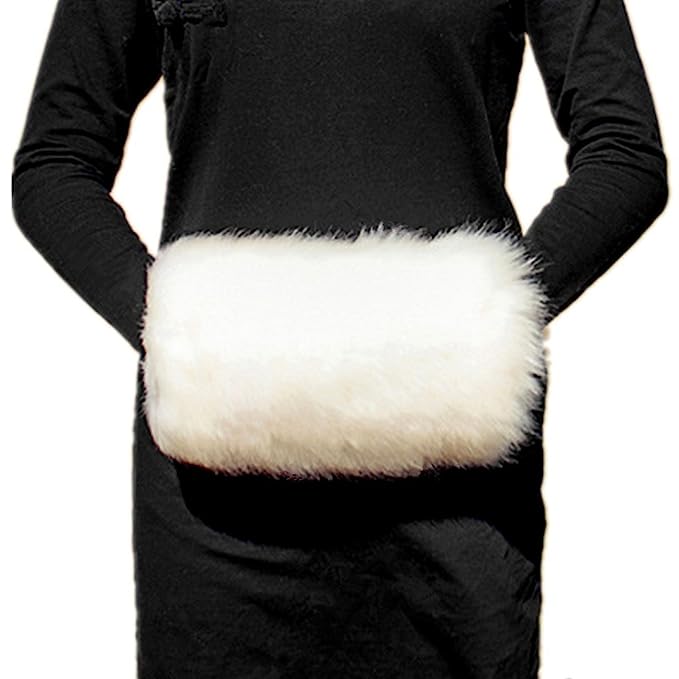 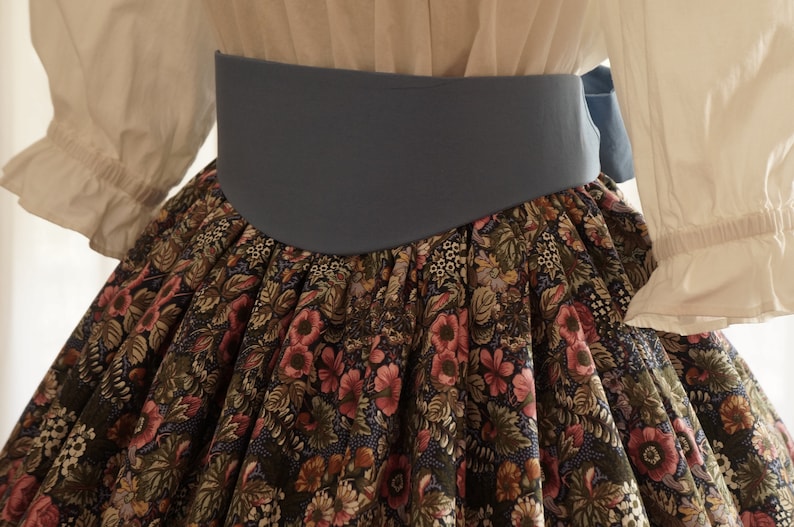 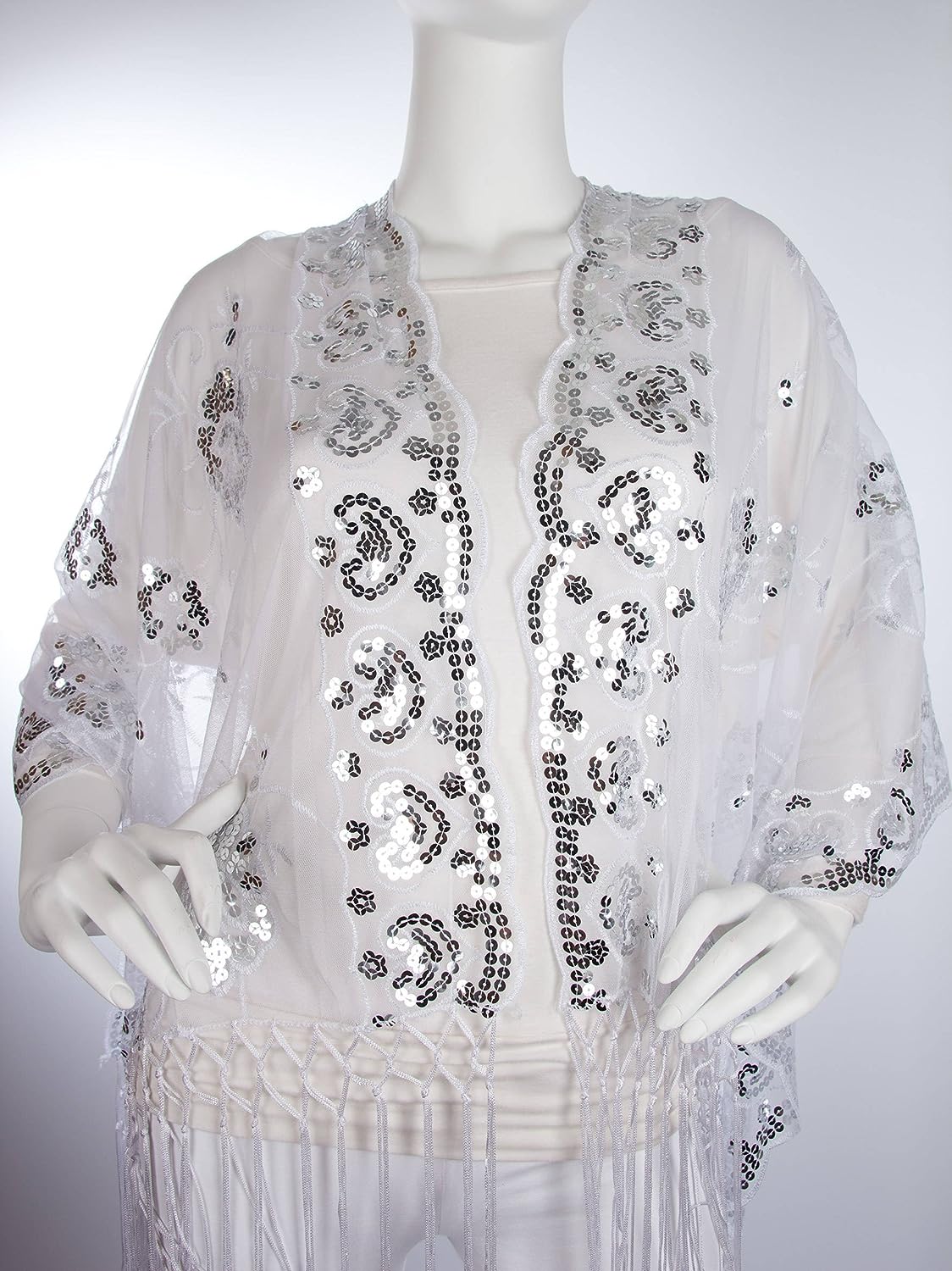 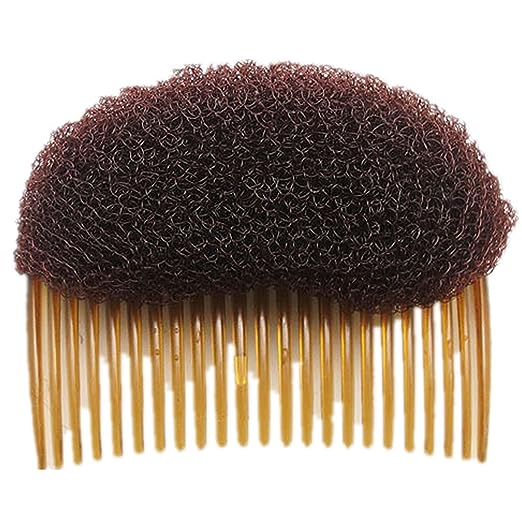 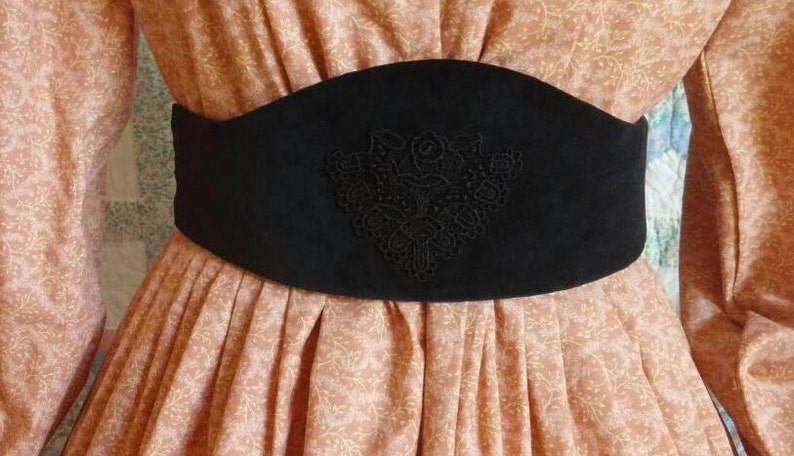 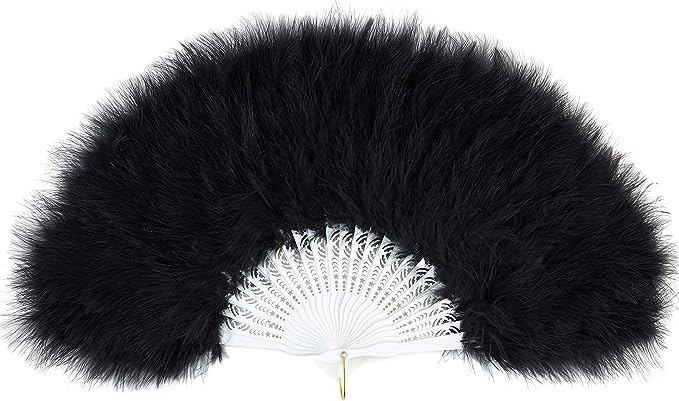 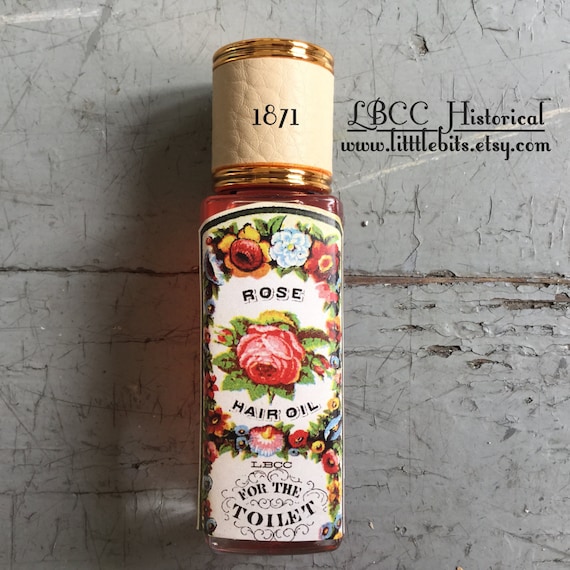 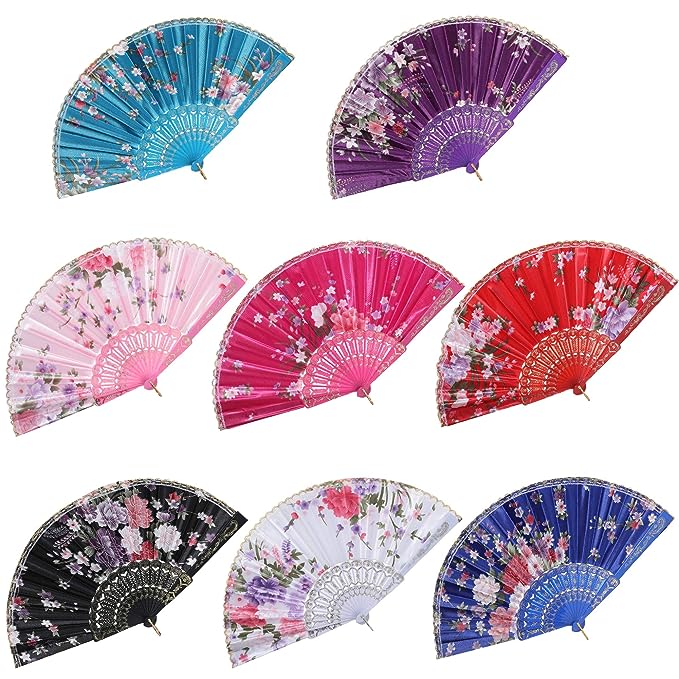 We are Debbie and Oscar, your guides to dressing up like decades past. We are here to help you find clothing online and learn about vintage fashions as worn by everyday people, just like you. Need help with your outfit? Ask us anytime.
« 1950s Tuxedos and Men’s Wedding Suits
Victorian Hat History | Bonnets, Hats, Caps 1830-1890s »