It has been years since I went to see a movie in a theater, but with so many rave reviews for Wonder Woman, I decided I had to take my sister, daughter, and friend to see this epic woman-powered superhero movie (which is highly rated by every man I know as well).  Apparently, I am the only one who has not been awed by this movie, but this isn’t a movie review so I will leave my opinion on the side right now. Instead, I want to focus on the costumes, specifically the clothing worn by Diana (actress Gal Gadot) in London in 1918. Were they historically accurate? Mostly. Can you remake / buy similar clothing for your own Wonder Woman inspired costume or cosplay? Yes. Will I be sharing spoilers? I will try not to, but maybe you should read this after you watch the movie.

Although the movie is set in 1918, at the end of World War I, the costume designer Lindy Hemming did not set out to make this a historically accurate period movie. She did, however, make very good clothing that was researched and adapted to each character (what a good costume designer is supposed to do). By 1918, WWI had been going on for 4 long years. It was the end of the Edwardian fashion era, which was becoming more simple, less fussy, more masculine, and more empowering to women (although still confining). The designer makes a very good summary of the range of clothing styles available in the shopping at Selfridges scene. 1918 petticoats- A line with a pleated wide hem Diana’s first outfit is a purple dress with layers of lace and taffeta ruffles over a few full petticoats, a high waistband, and a wrap top bodice with long sleeves ending in more ruffles and lace.  She is not wearing a lace collar or fichu underneath her top to keep it modest, which is a fashion no-no, but hey, more cleavage is good for ratings. The gown is excessively fussy and very Victorian. It is a bit out of place for 1918 (I would date it 1916). The over-the-top volume and feminine details are what provide the strong contrast to her final choice.

A more period accurate dress would not have had much lace. While taffeta was appropriate for a fancy dress, cotton, wool, or velvet would have been more common for a day dress. Slender sleeves were also on trend and bodices were modest. Skirt lengths came down to mid shin, making them easier to walk in. Petticoats were worn under the dress but were gradually reduced down to just one instead of several. Large pockets were the one detail that provided more volume to the skirt. They are one of my favorite details of this era. Who doesn’t want a dress with pockets?

Here are some real dresses from 1916-1918 that may have inspired her purple dress: 1916 tiered dress, half coat and side ruffled dress 1917 Winter dresses with large side pockets If you want to remake these dresses, you could look for some 1910s-1920s era patterns.  It is not a style that is made too often, and the choices for patterns are limited. PastPatterns has a few options like this 1915 day dress or this 1918 evening dress from the VPLL. If you find another pattern, please let me know in the comments. The ladies above are wearing pumps or boots. Diana, in the movie, is wearing mid-calf height lace-up brown boots. These are not dainty or pretty button up spat boots like most of the women are wearing in the dresses above. Diana’s are built for outdoor ruggedness, yet are still a little pretty.

“She wore it with lace-up boots — pretty boots, but strong boots — so that you could imagine that she could actually go to the ministry, talk to the ministers and not be thought of as looking strange,” the costume designer says. The final bit is Diana’s hat. Between 1915 and 1918 many hats were made of silk and/or velvet and were folded and draped into layered small hats. Gone were the days of giant Titanic hats. Diana’s hat matched her dress and was probably handmade.

I like to buy my costume hats from thrift stores, Etsy and Amazon. Check out these Edwardian hats.

The next outfit Diana tries on is a style popular around 1911-1914.  It consists of a white pintuck waist (blouse that buttons at the back or front) and a long, slim hobble skirt. The skirt fit like a straight pencil skirt, but without much of a kick pleat (if any). To move in them required a woman to waddle or hobble in small steps like a Japanese geisha.  It is no wonder Diana kicks the seam wide open! It was not ideal for a crime-fighting superhero, so it was quickly tossed aside.

The hobble skirt with simple white blouse is popular among costumes of the Edwardian era. There are plenty of patterns to sew your own.  Buying a ready made hobble skirt may be more challenging than finding a white blouse. For a DIY alternative, look for a long straight skirt and add trim if you wish. The purple silk tie is tied like a men’s necktie or cravat, but instead of pulling a single end through, you create a loop or two. After trying on many outfits, Diana finally chooses a gray British tweed suit (coat and skirt) worn over a blouse and cotton petticoat. The design was inspired by menswear and the military coats being worn by the other cast members.  In 1918, many women’s fashions were being adopted from traditional menswear, especially “sporty” clothing such as those for riding, hiking, farm work, and uniforms. Many of these looks made their way onto everyday street fashion and winter dresses. The women’s two piece suit (skirt and coat) was especially popular during the war years. Look at this 1917 Abercrombie & Fitch wool suit.

Two-piece suits made of tweed or wool had a long jacket with wide collars, big buttons, and two large pockets. A wide self-fabric belt pulled in the waist on some models. Skirts were worn over one petticoat and hemmed a little above ankle length. Diana’s skirt buttoned down the front, which is accurate but not common. A white high collar blouse (called a waist) was worn under the jacket and may have included a men’s thin necktie (Diana’s did not, but it would have been a nice touch, especially if the coat had a lower V neck). To make a 1915-18 suit, I highly recommend Wearing History’s 1916 suit pattern. You might also like a split riding skirt which is more conducive to sword fighting. A British women’s military uniform could also be adapted. Reconstructing History has several items from the Great War time period that could work well.  I anticipate ready made suits will be available soon. In the meantime, you could pair a full or midi-length A-line gray wool skirt with a gray military style coat to create the same look. Consider brown, green, and dark blue as well.

Although not very visible, a white collared blouse or button down shirt should be worn under the coat. I prefer to buy one of the many options available instead of sewing one. This Wearing History 1910s blouse pattern is a good one for sewers. Diana’s hat was a simple blue brushed fur hat with a round crown, flat brim, and wide grosgrain band. It mimics the men’s derby or bowler hat (although with a wider brim) which was very common at this time. The blue also adds a bit of color to her otherwise gray London ensemble.  Shop hats.

Her eyeglasses are also menswear inspired with a round-ish tortoiseshell frame. They should have been perfectly round circles to be period-accurate. Nevertheless, it is an interesting addition. It may have been added to make her look “smart” in a room full of military intelligence men. Shop glasses.

The wide brown leather belt that gives her a waist and more military inspiration is key to the ensemble. Look for 3-4 inch wide belts with a plain buckle for the best style.  Shop wide belts.

The final bit is her gloves. She is wearing dark brown leather gloves, which women wore all day except at home, while eating, or when using the restroom. Germs were scary back then! In 1918, gloves were plain, simple and long-ish (a few inches past the wrist) and closed with buttons. Since you won’t see the gloves under the coat, it won’t matter how long they are. Both leather gloves and pull on fabric gloves will work well for you. Shop gloves.

The boots she wore are the same as those for the dressing scene above. Mid-calf tall lace-up leather boots with a 3-inch heel. Shop boots. My quick and easy Wonder Woman in London costume.

I quickly raided my closet and came up with the costume above. Luckily I had all the right things to work with:

The final non-amazonian costume we see Diana wear is the cobalt blue evening gown. This is the least historically accurate costume of her entire wardrobe. It looks like it belongs on Hollywood’s red carpet today instead of 1918. Even the gowns worn by other women in the scene are mixture of  1912 (Titanic era) to 1918 styles. For a well-to-do audience, they certainly would have been wearing the latest fashions which had long sleeves, a high waist, mid-shin to ankle length, minimal embellishment, and with layers of sheer fabrics.  You can see some hints of Grecian fashion influence designs. Here are some examples: Diana’s blue evening gown may be a nod back to a dress Lynda Carter wore in the 1970s TV series, or it could be a coincidence. Blue is certainly one of Wonder Woman’s staple colors throughout her comics. The gown she wears features many drapes which give it an Ancient Greek feel. It is, however, sleeveless with a deep V neckline and figuring hugging silhouette which is not accurate to this time period. Fortunately for us, it means this style of dress is easily found in formal eveningwear stores today. Take a look at many draped blue dress options below or for more historically accurate gowns, look here.

For another good read on how historical the Wonder Woman movie costumes are, read the Frockflicks take on it.

If you need help with your costume please feel free to contact us anytime. 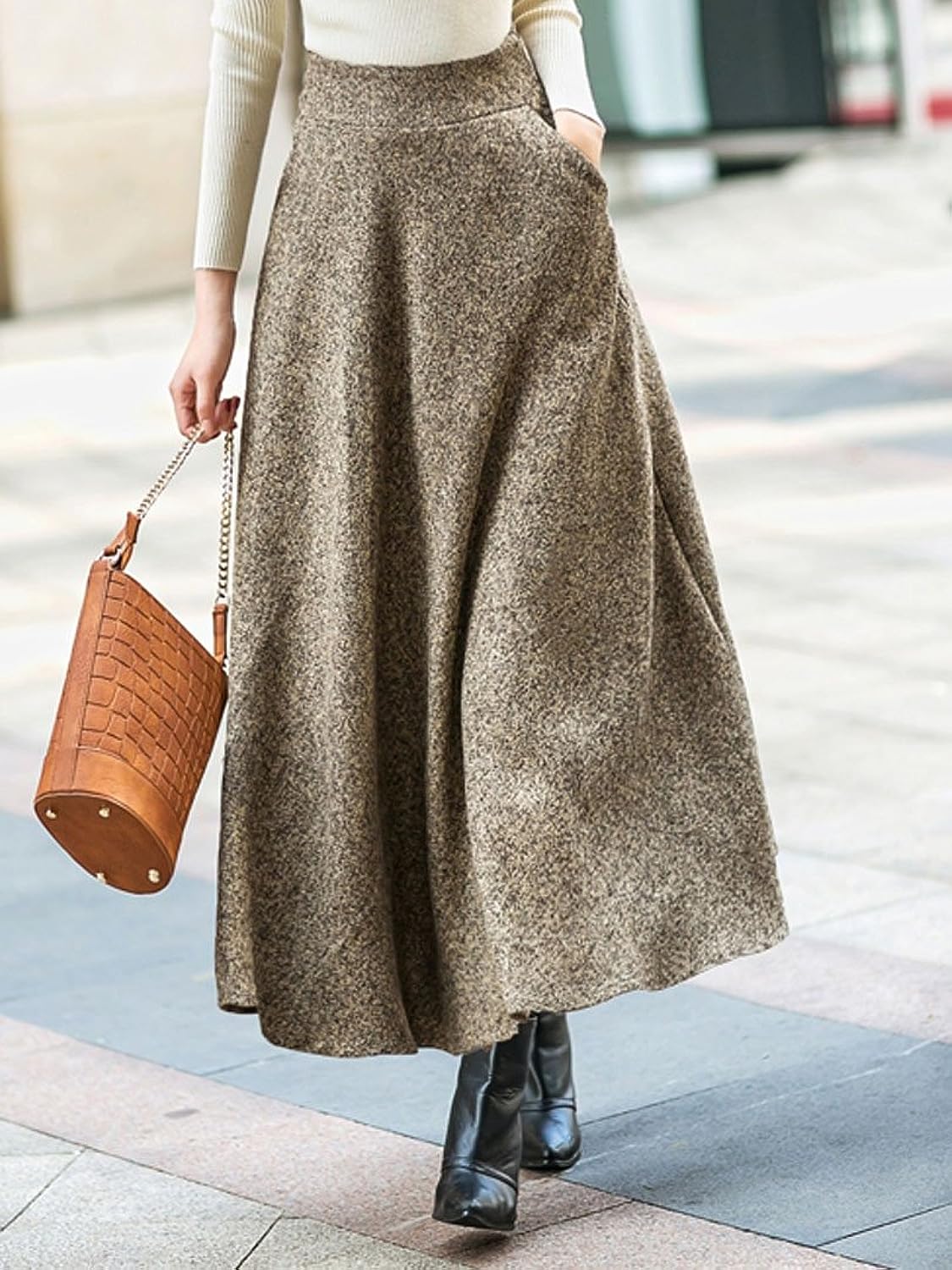 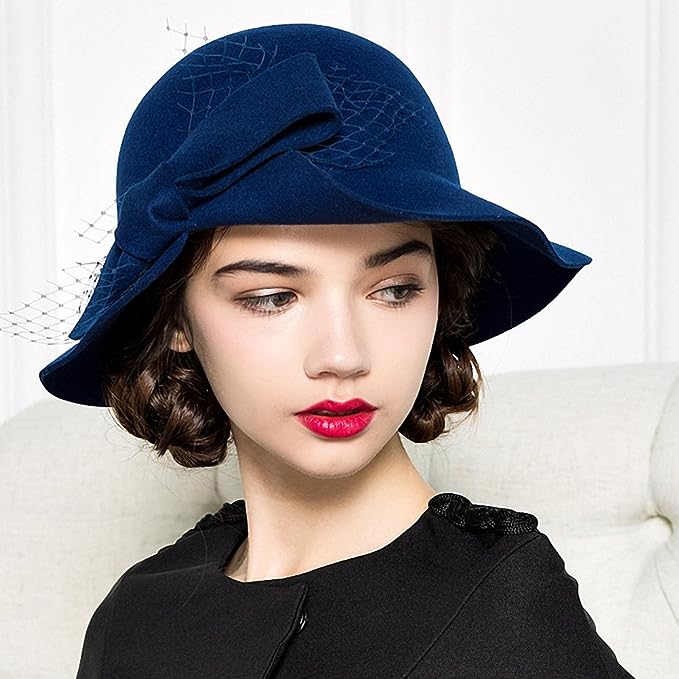 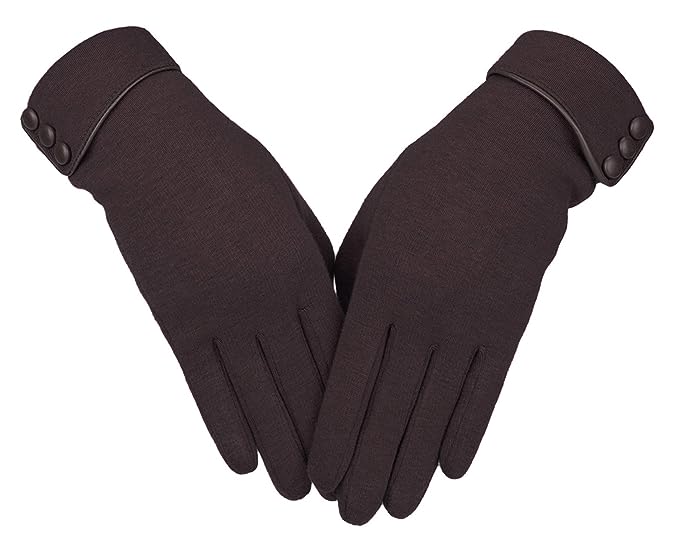 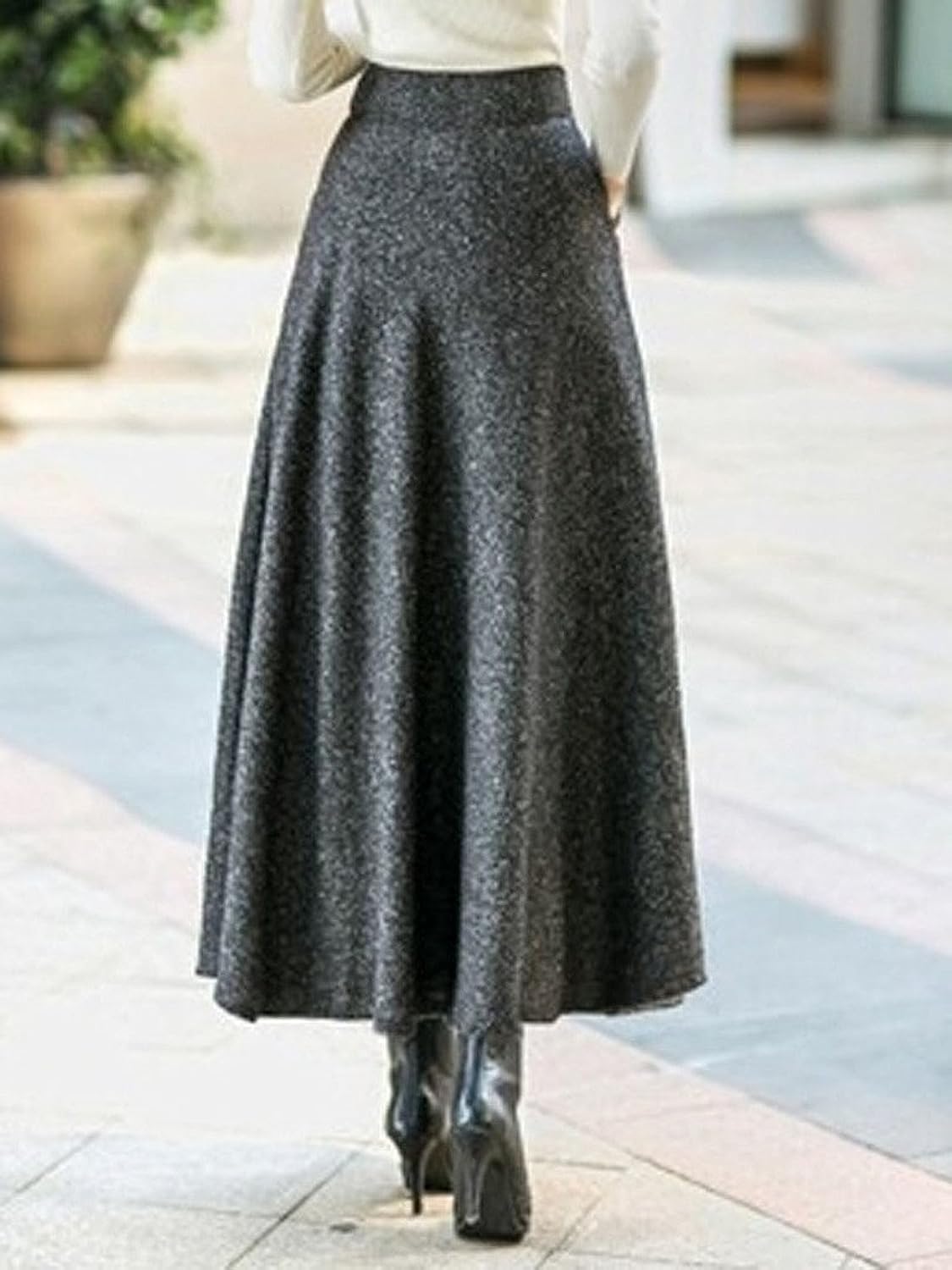 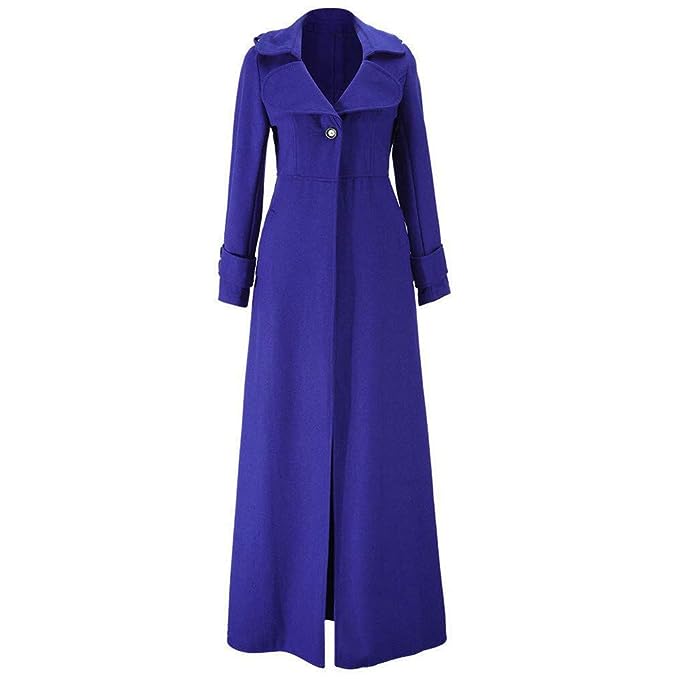 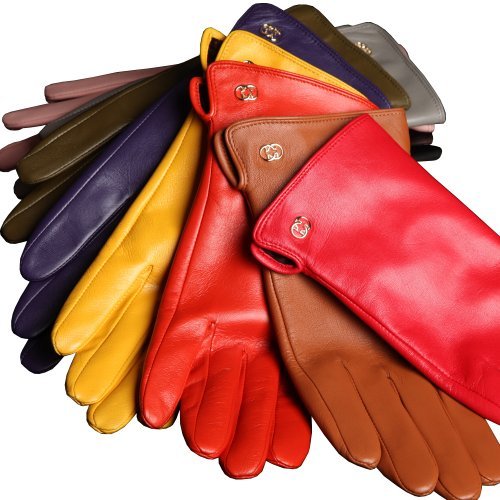 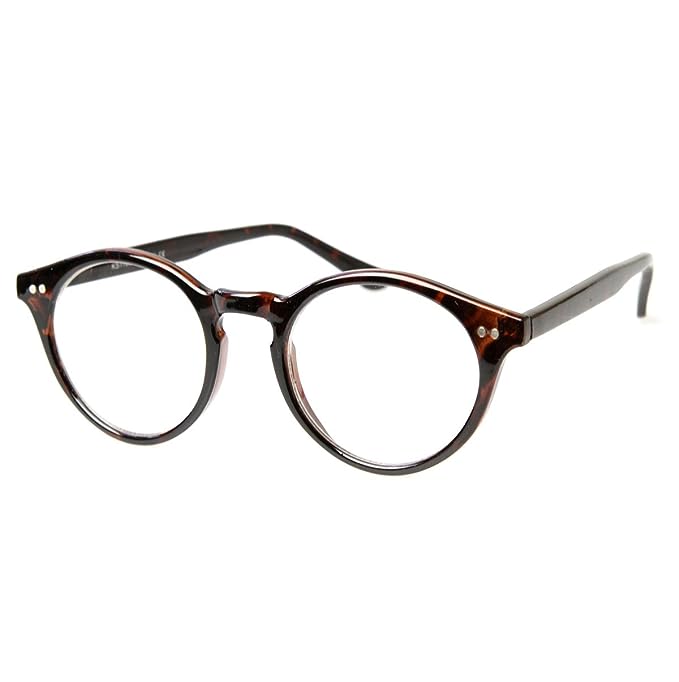 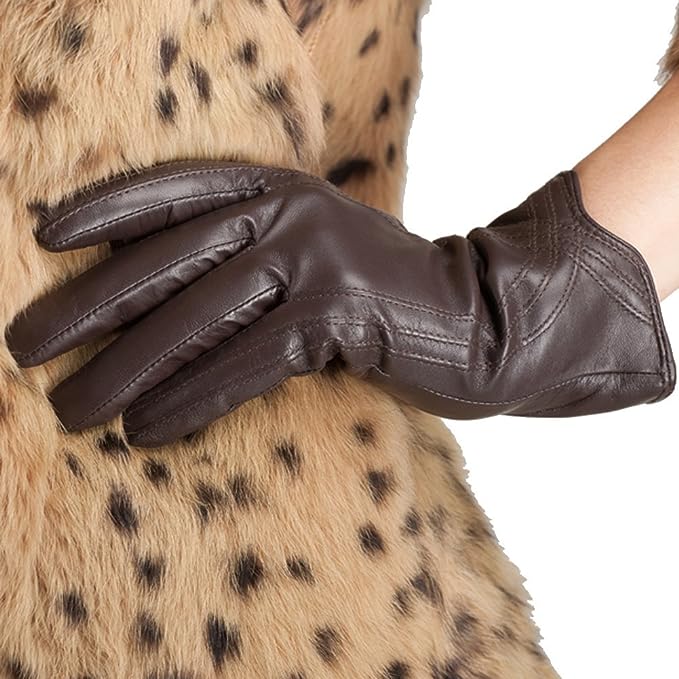 We are Debbie and Oscar, your guides to dressing up like decades past. We are here to help you find clothing online and learn about vintage fashions as worn by everyday people, just like you. Need help with your outfit? Ask us anytime.
« 1940s Men’s Hairstyles & Facial Hair
1920s -1930s Beachwear Summer Outfits- Great Gatsby Lawn Party »