Frankly, I do not like poodle skirts. They are so over worn at 1950s themed events that I was beginning to wonder if anyone in the ’50s wore anything else (and yes they did. Read here about 1950s skirts). I considered wearing a ’50s house dress or a “Pink Ladies” outfit from Grease. Both would have been fun, but not unique. It was not until I received an email from bowlingshirt.com announcing the new arrival of the Suzy Q bowling shirts that I thought about dressing as a car hop waitress. The Suzy Q, renamed Muckler bowling shirts, were designed for women bowlers. The shirts were designed to resemble the vintage v-neck collared button-down shirts that were very popular in the 1950s. They were especially common as uniforms for women — 1950s car hop servers included. The Suzy Q shirts are available in several color combination. They would look perfect matched with a short skirt, capri pants, or yes, a poodle skirt. Add a wide belt, scarf, matching ties for your pony tails, cat eye glasses, and a pair of roller skates to make your 1950s costume complete.

PS. They also have men’s and kids bowling shirts! 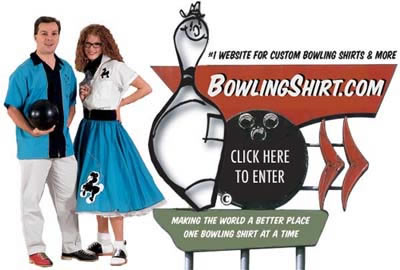 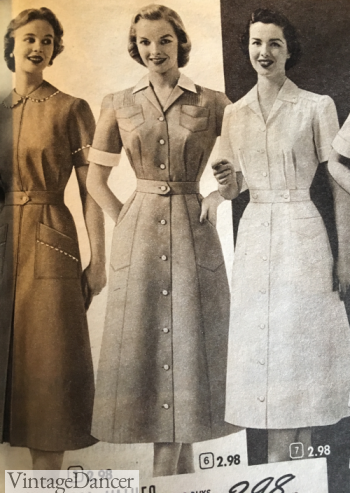 Most uniforms were provided by the restaurant with a logo and themed colors. Most uniforms had white cuffs and collars, buttons and belts. This is what distinguished the uniform apart from women’s personal dresses. Many waitress uniforms also came with a half apron and matching hat. Drive in diners and movies may have had car hops wear roller skates too! You can create your own diner girl or car hop uniform with a white collar dress, half apron (white or a fun ’50s color like pink), saddle shoes (or roller skates), and a diner hat.

Naturally, you can find a ’50s diner girl costumes online, too, but they are usually not very authentic (AKA too short and too colorful). They do make shopping much easier though. Shop here for 50s car hop costumes. We are Debbie and Oscar, your guides to dressing up like decades past. We are here to help you find clothing online and learn about vintage fashions as worn by everyday people, just like you. Need help with your outfit? Ask us anytime.
« 1920s One Hour Dress Pattern Tips and Review
1960s Dress Styles | Mod, Casual, Classy »