The 1960s usually bring up memories of swinging hippies or mod dancers in go go boots. While they certainly took fashion by storm during the day, 1960s evening dresses were a different story.

In the early 1960s (1960-1965), party dresses and formalwear emulated the designs of the 1950s. Tea length or knee length puffy swing dresses dominated party looks for all ages.

Lace evening dresses were especially popular in pastel colors or classic black (little black dress ? yes!). Most evening dresses had a thin waistband tied in a flat bow, which was a signature element of the early ’60s. 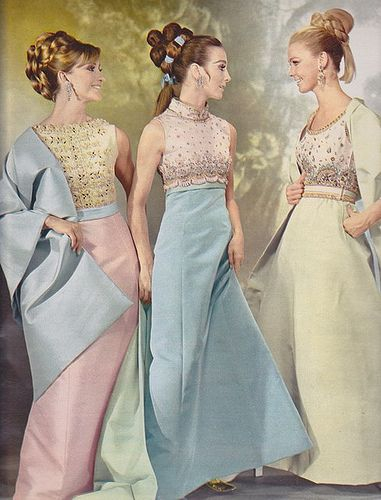 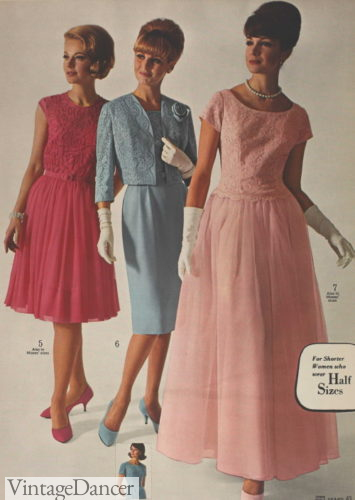 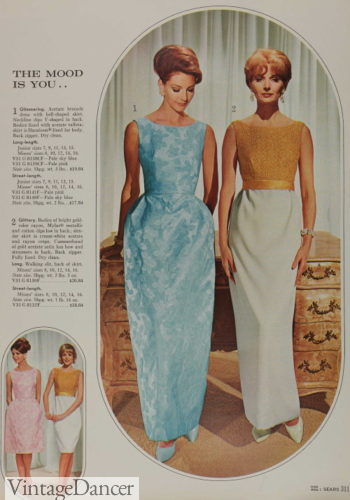 For the less daring, the simple sheath dress in black, nude, or bronze with matching short jacket was polished and sophisticated. Semi-formal or cocktail attire allowed the sheath dress to dance in bright jewel tones, pastels, and all shades of pink. They also came in longer lengths for those attending a formal party. A high empire waist, tapered bubble skirt, and contrasting top and bottom materials created a new silhouette that remained trendy during the later half of the decade. Bubble gum pink, yellow, and sea foam green were classic evening and prom dress colors.

The following is a round-up of pictures of ’60s party dresses, evening gowns, formalwear, wedding guest, bridesmaids and mother of the bride or groom dresses.  To shop for new dresses in these style, browse here. 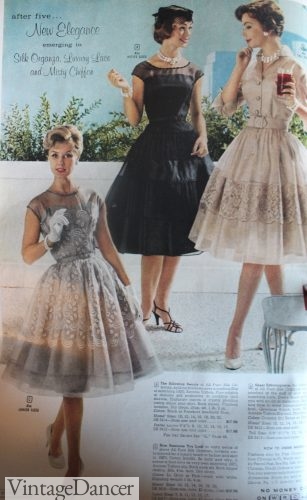 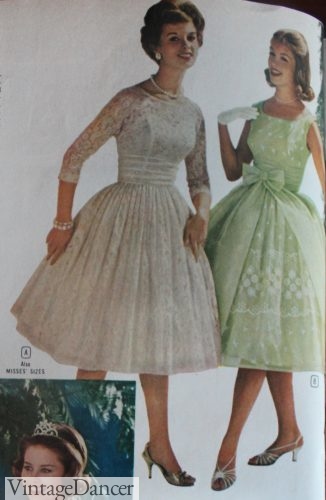 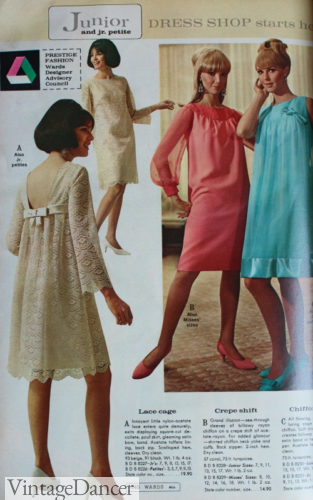 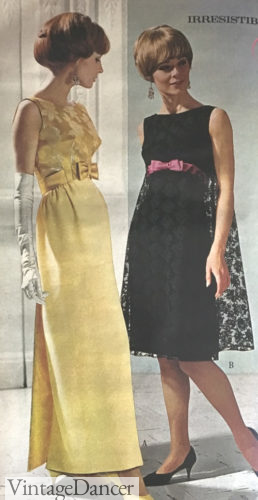 We are Debbie and Oscar, your guides to dressing up like decades past. We are here to help you find clothing online and learn about vintage fashions as worn by everyday people, just like you. Need help with your outfit? Ask us anytime.
« History of Vintage Raincoats, Jackets and Capes for Women
1920s Casual Outfits with Pants for Women »