Women’s fashion history in the 1920s took a dramatic shift along with the rest of society. Looking at the 100 years or so before 1920 and then at the roaring ’20s, you would think you were looking at two very different societies. The former has social class and structure with rules for all aspects of life. The later was free and frivolous with little regard to anything done the “old way.” The 1920s were like a teenager rebelling against everything they have ever known in order to discover “who am I?” The world of the early 1900s found society facing a daunting World War. Politically young men were fighting for democracy. Women and men who were unable to join the war front were fighting to maintain a normal life at home. Society could not remain the same when the war ended. The morals and political ideals that formed the start of the 20th century no longer seemed relevant when so many lives were lost. People’s faith was shaken, especially the youth, who blamed their elders for getting them into the war in the first place. A youth-driven culture was taking over society — not with politics, but with fun. The youth couldn’t bring their lost friends and neighbors back, but they could at least forget about it with wild parties, fast cars, and loose morals. Turning from a collective “us” society to a “me” centered one opened up a new world of free thinkers that establish women’s right to vote, prohibition, consumerism, labor unions, and the 2 day weekend. Men and women flooded cities where the promise of education, new jobs, and a growing economy for the middle class made it possible for individuals to live independently from their family unit. Prior to this shift, families needed to be large in order to support farm work in small rural communities. With more people turning to factory and business work during the industrial revolution, the family unit became smaller, with children seen as an expensive liability rather than an asset to livelihood.

“A woman, I consider, should be womanly. I have no patience with the modern neurotic girl who jazzes from morning to night, smokes like a chimney, and uses language which would make a billingsgate fishwoman blush!”

–“Murder on the Links” by Agatha Christie Not every woman of the 1920s was as daring as a flapper, but overall, women of the Jazz Age were ready to break free from the constraints of the Victorian Era. A youth centered revolution was underway and the “me-centered” society resulted in fashion options being driven by consumers rather than the fashion houses of Paris.

In the previous Belle Époque period, the top designers from France set the trends by making custom designed clothes for the clients who could afford it. Those designs were eventually published for local tailors to copy and sell to their own clients. In most cases, the clothes were feminine but confining. Shaped corsets, 16 layers of fabric, and a myriad of accessories made dressing in Belle Époque fashion a time-consuming affair that required the help of a servant or willing spouse. 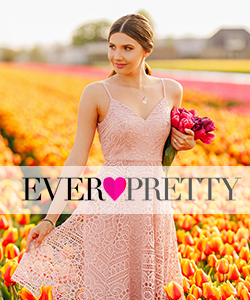 Even if few people could afford her designs, Coco Chanel is credited for changing the look of women’s clothing in the roaring ’20s. Chanel was one of the first women to do the unthinkable – she wore trousers! Her style, heavily influenced by men’s leisurewear, gave women what they wanted. It wasn’t just the young women, either. All ages embraced the new, freer clothing, if not for the sake of being fashionable then at least for the sheer comfort of it.

Dresses fell straight to the hemline, making the dreaded corset unnecessary. Simply being able to cast off what amounted to a straight jacket for the torso, which was known to rearrange a woman’s spleen and liver, was a liberating experience. Camisoles, bloomers, or all-in-one lingerie were welcome replacements. Coco Chanel is credited with many fashion trends in the 1920s

Another important change was the transition from making clothes by hand at home to buying mass-produced clothes from a store. Henry Ford’s assembly line wasn’t just for cars. It revolutionized manufacturing, and now clothing makers could quickly and cheaply churn out the dresses, skirts, and blouses that women clamored for. This also helped shaped the styles themselves, because manufacturers wanted to keep things simple and simplicity was the essence of 1920s fashion. Those stodgy designers that were relics of the Belle Époque and tried to resist the new look found that they either had to adapt to the times or lose business. Women’s 1920s fashion history was now set into motion, and the changes were anything but stodgy. Echoes of a Jazz Age – F. Scott Fitzgerald looking back on the 1920s. Read the full article online.

Only Yesterday – An Informal History of the 1920s by Frederick Lewis Allen. Another writer’s look back on the 1920s. Very insightful. The author also wrote one about the 1930s too.

We are Debbie and Oscar, your guides to dressing up like decades past. We are here to help you find clothing online and learn about vintage fashions as worn by everyday people, just like you. Need help with your outfit? Ask us anytime.
« Roaring 20s Fashion: The Jazz Age
1920s Men’s Fashion History »