Today’s photo roundup is a salute to vintage polka dot dresses and clothing! The middle woman is wearing a polka dot walking dress! About 1910

The first picture I have is from around 1910. The lady in the middle is wearing a small polka dot walking dress with white piping for trim. This is very unusual for this time period, but it goes to show you that the polka dot dress fad was coming soon. In the early 1920s, polka dots captured the youth driven look fashion was founded on. They were especially popular as house dresses and even garden dresses if the dots were small and set against a white background (1922 picture above). By the mid to late 1920s, the polka dot dress left the house and became a staple pattern for semi formal afternoon dresses. Polka dot print fabric never crossed into evening wear, but beaded dot patterns were certainly a common design element on Art Deco/ geometric inspired designs.

Most polka dots prints remained with sportier looks such as on blouses, skirts, and pajamas. Polka dot dress at the beach

I love these cute 1920s drop waist dresses with mixed polka dots! The beach outfit appears to be in two colors over white. I wonder what colors they were? 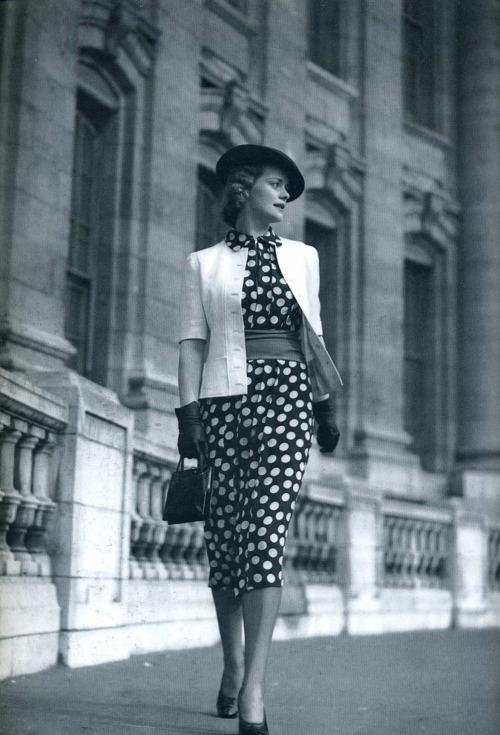 Polka dot dresses in the 1930s were even more popular than in the 1920s. They also moved away from being just the main dress print to a pretty trim. Still casual and playful, they became more sophisticated as all 1930s fashion did – especially when worn by Hollywood’s bright young stars! Polka dots were not just for dresses. They made a great print for beach pajamas too. Mary Pickford’s outfit above looks more like a beach pajama overall or jumper. The 1940s era loved polka dot dresses for all occasions. Small dots and large dots were equally common, as well as prints that looked liked dots from a distance but were perhaps oval or another non strict circular shape. Polka dot materials were made into suits and maternity dresses as well (rightmost dress above). Just like in the previous decades, polka dots dresses were a mostly casual day or afternoon dresses. That all was beginning to change after the war.  Going into the 1950s, polka dots were seen as elegant when matched with accessories: gloves, hats, purses, and even shoes. 1948, polka blouse in yellow and black

Polka dot swimsuits were not new to the 1940s but they certainly were cute! I just love this one that Jeanne Crain is modeling. Lucky for us, 1940s retro polka dot dresses are extremely popular with designers and shoppers alike. The “Madden” dress at Unique Vintage continues to be a best seller year after year. I love the 1940s silhouette of this dress. 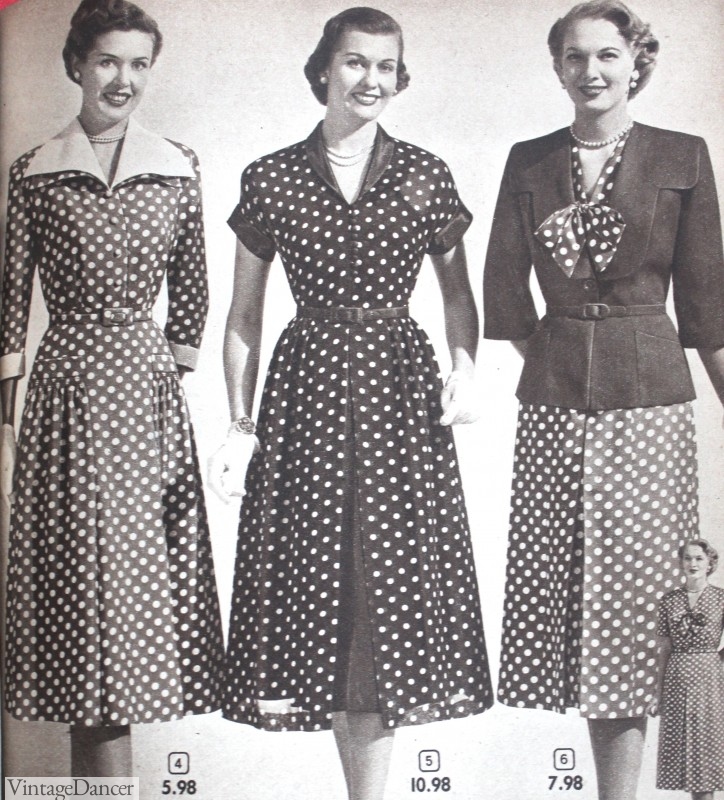 1951 Polka Dot Dresses and Suit for the Plus Size Woman 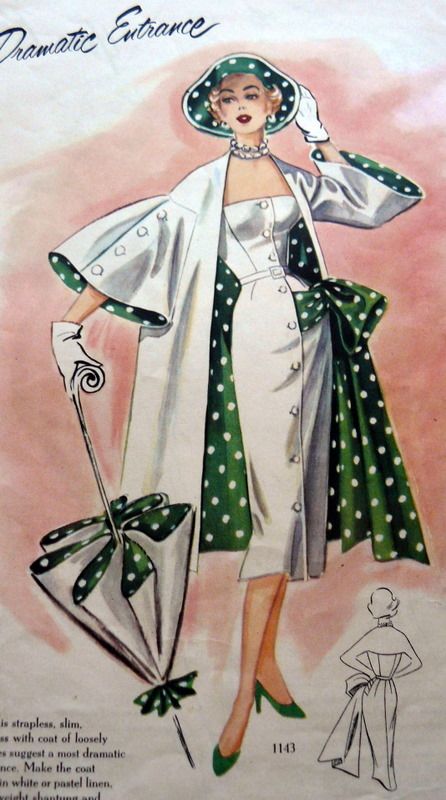 Everything in the 1950s got big! Big dresses, big skirts, big accessories, and big personalities. Polka dot patterns grew big too. Extra large polka dot prints came on dresses and matching accessories and were at once the biggest fashion statement of the decade. Everything had polka dots. Women of all ages wore them, too. They were no longer just for the young woman’s wardrobe. An explosion of polka dots naturally continued on to sportswear. Tops and bottom both featured prints (although they weren’t worn at the same time). Crop pants were often rolled so the hem showed a polka dot lining. Tops could be all dots or only the cuffs and collars. Colored socks, hair scarves, and jewelry came in polka dots too. It was a time when polka dots accessorized everything. 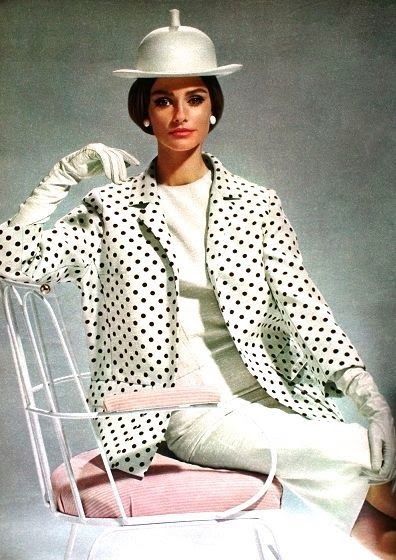 The 1960s had two looks that each adopted polka dots. The first was the return to the school girl style.  Polka dot prints appeared on baby doll dresses trimmed with white collars and ruffled lines. It was a similar response that the 1920s had on their young girls look.

The second look was the mod style. Polka dots were no longer symmetrical. Instead, all shapes and sizes appeared in bold, shocking colors. Polka dots as an accent was very mod too (last dress above).

Join the love affair with polka dots and you will step back in time. Shop new retro style polka dot dresses here:

We are Debbie and Oscar, your guides to dressing up like decades past. We are here to help you find clothing online and learn about vintage fashions as worn by everyday people, just like you. Need help with your outfit? Ask us anytime.
« Boardwalk Empire Men’s Clothing
1940s Lingerie- Bra, Girdle, Slips, Underwear History »