As popular as dresses were in the 1950s, they weren’t the only thing being worn. 1950s separates, in the form of blouses and skirts or tops and pants were equally common, especially among casual wear. Adding a cardigan sweater over a dress or blouse not only added a bit of warmth but was the ultimate fashion accessory with both dresses and separates. For colder days, matching short jackets or long overcoats covered her up with elegance.

Separates were an affordable way to create a large wardrobe on a smaller budget. Tops and bottoms could be mixed with each other, and accessories changed from one color scheme to the next. The idea of a capsule wardrobe, while not new to the 1950s, was emphasized much more. Separates were often sold in coordinated sets to encourage women to always be coordinated with her fashion.

Since I have already written about specific 1950s separates in detail, I am not going to re-post it here. However I do have some new photos and history to add.

1950s Tops, Blouses and Shirts Styles is a detailed look at the many styles of tops women’s worn in the 1950s. I have added additional details and more pictures about summer tops and party blouses.  A new section discusses the knit shirt, aka the polo shirt, as an alternative to the button up blouse. 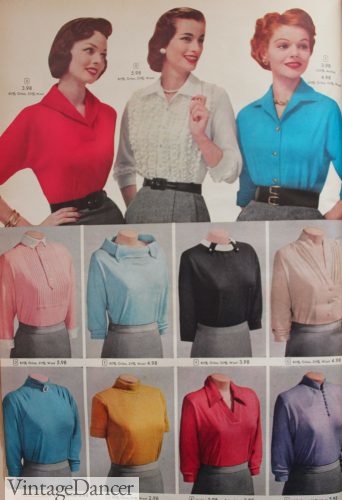 The “sweater girl” look started in the 1940s but became iconic through the snug fitting knit tops and sweaters of the 1950s. They were a big contrast from both the novelty patterned sweaters of the 1940s and chunky knits of the 1960s. See the progression of mid century sweater styles in this article. 1950s Coats History explores the many styles and purposes of long coats, fur coats, raincoats and mid weight jackets.  I added a few new photos to this detailed article. 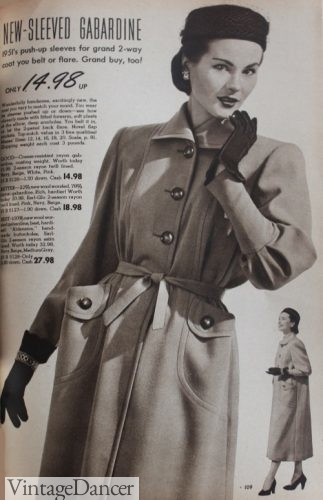 1950s Men’s Shirt Styles looks at many of the common styles of men’s dress and sport shirts. This article was recently updated with many more images now included. It is also one of the most popular men’s fashion articles on VintageDancer.com. We previously discussed men’s sweaters and jackets in this 1950s Men’s Fashion: Casual Clothes article. 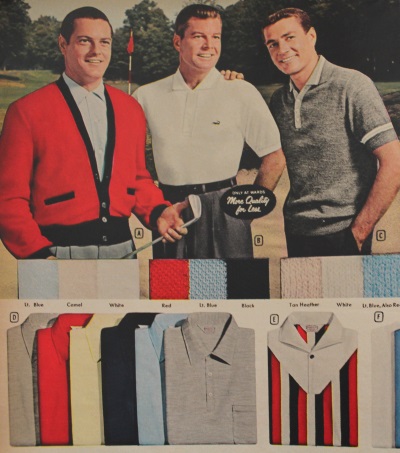 Next week we will look at 1950s Separates: Bottoms to see what we can wear with all of these tops.